Simone Martini was a product of the Sienese school of painters and was a pupil of Siena's great master Duccio. The Italian towns of Siena and Florence were great rivals and the Sienese artists were influenced by the taste and fashions from the art of the north.

The traditions of the Byzantine era had not been broken in the same abrupt manner as Giotto their Florentine contemporary.

Simone Martini was born in or around 1285 (the exact date is not known) and very little is known about his private life. He died in Avignon in 1344 while in the service of the exiled Papal court.

The first documented work is the Maesta now in the Palazzo Pubblico, the town hall in Siena, and completed in 1315. 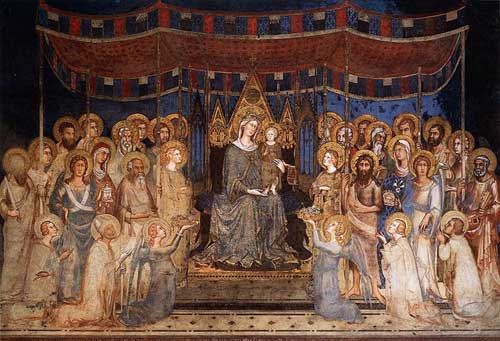 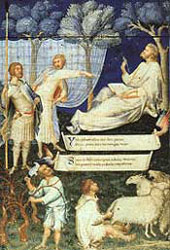 He painted in Naples in or around 1317 and completed the altarpiece St Louis crowning Robert, King of Naples.

In 1339 Simone was in Avignon where he was to spend the rest of his life. He greatly influenced French art and the emerging International Gothic style. He was also befriended by the poet Francis Petrarch during his time in Avignon.

The artists most recognised picture is The Annunciation of 1333 painted in collaboration with his with his brother-in-law, the Sienese painter Lippo Memmi. 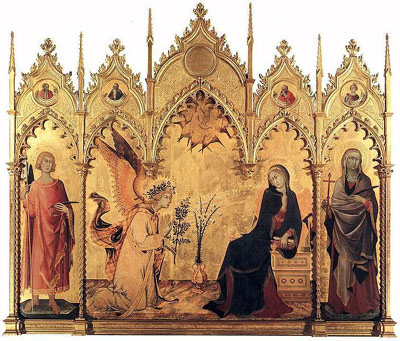 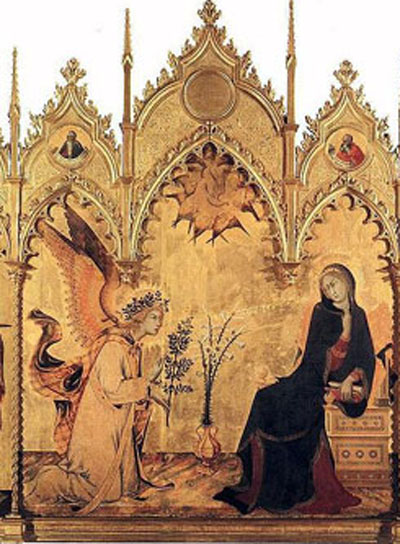 You can see from this highly gilded work that it lacks the realism of Giotto's paintings, but there is a sense of real space, the Virgin sits on a real bench and the vase of flowers occupies its own space and sits on a solid floor. The picture flows in a very graceful manner from the sweep of the Virgin's robe to the linear depiction of the Archangel Gabriel, an outstanding masterpiece! 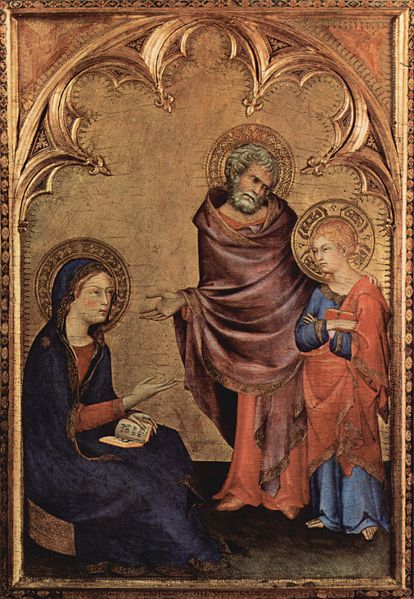 If you intend to visit Liverpool go and see this, the Walker Art Gallery is a great place to visit.