Renaissance Florence.
Where to see the Art in the city.

The Italian fifteenth-century revival of art and literature began in Renaissance Florence. The city was at the heart of this revival, fuelled by wealthy patrons and large commissions from the Catholic Church the many workshops of the city produced a huge amount of art of incredible quality. Artists such as Michelangelo, Botticelli, Leonardo da Vinci and many many more thrived within this mix of wealth and interest in the renewal of classical themes.

Through the writings of the artist and art historian Giorgio Vasari, we have a good account of the painters of the Renaissance and we are astounded at the profusion of work that has been produced by these famous artists. The city of Florence has retained many of these famous artworks in its galleries and palaces and is home to the largest selection of Renaissance art in the world.

The city is quite compact it is possible to visit many of the wonderful buildings that house this magnificent work. Below are examples of some of these palaces and galleries that it is feasible to see on a sort visit of just three or four days.

Please note that this is not a travelogue, the suggestions that are given are places that I have actually visited on a four-day stay, it is not a comprehensive list there are many other noteworthy locations that would require a longer visit. I have no affiliation with any of the galleries and palaces shown here. All of the images on this page are my own taken in situ.

The Bargello is home to the finest collection of Renaissance sculpture in the world. The building was a court of law and was also used as a prison, in 1859 it became the sculpture museum that we admire today. It is a magnificent building with an impressive courtyard which was once the site of executions.

The Bargello is a must-see. Some of the highlights and there are many, include Donatello’s bronze David and also his statue of St George. Ammannati’s Fountain of the Grand Hall Temperance, Giambologna’s Oceanus a statue of Neptune originally from the Boboli Gardens, and Pietro Francavilla's, Jason. 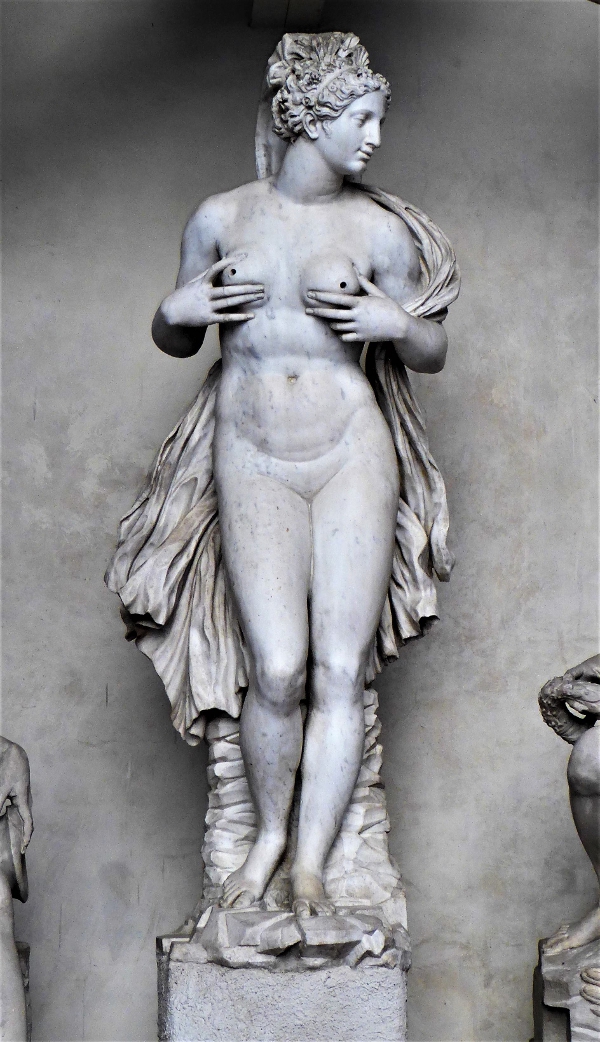 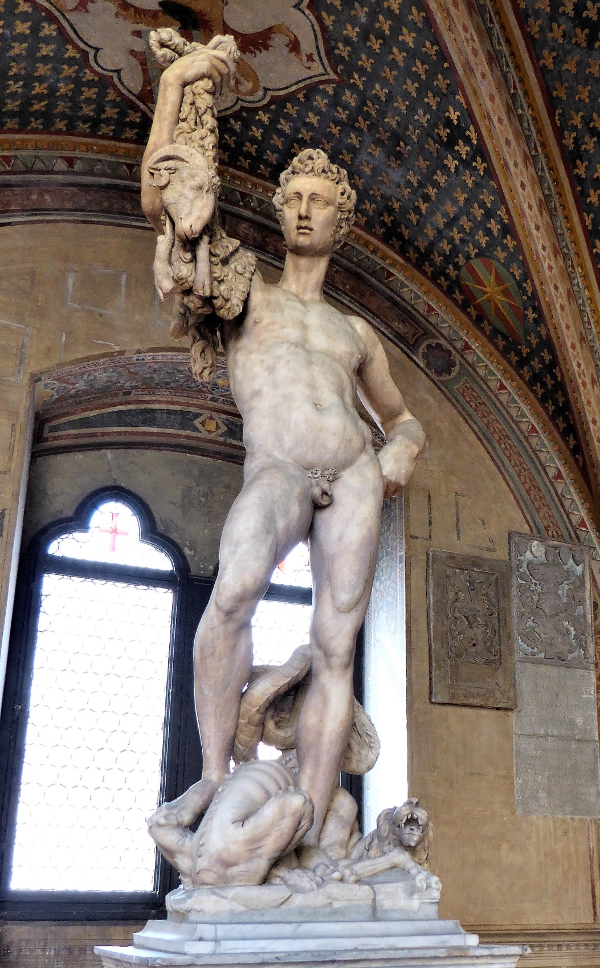 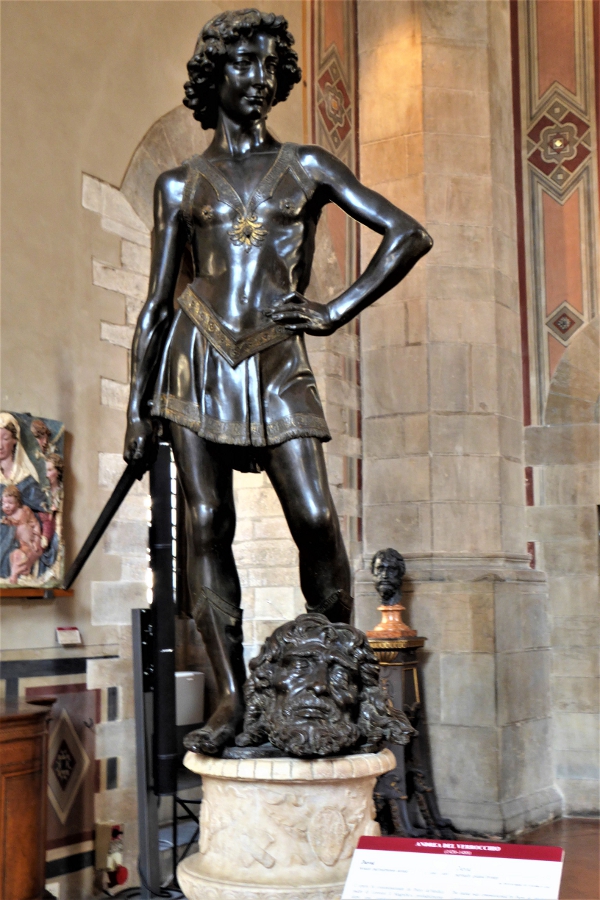 It is important to plan your visit the gallery does get very busy indeed and is best visited in the early morning or a few hours before closing time. 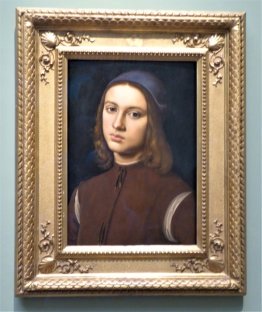 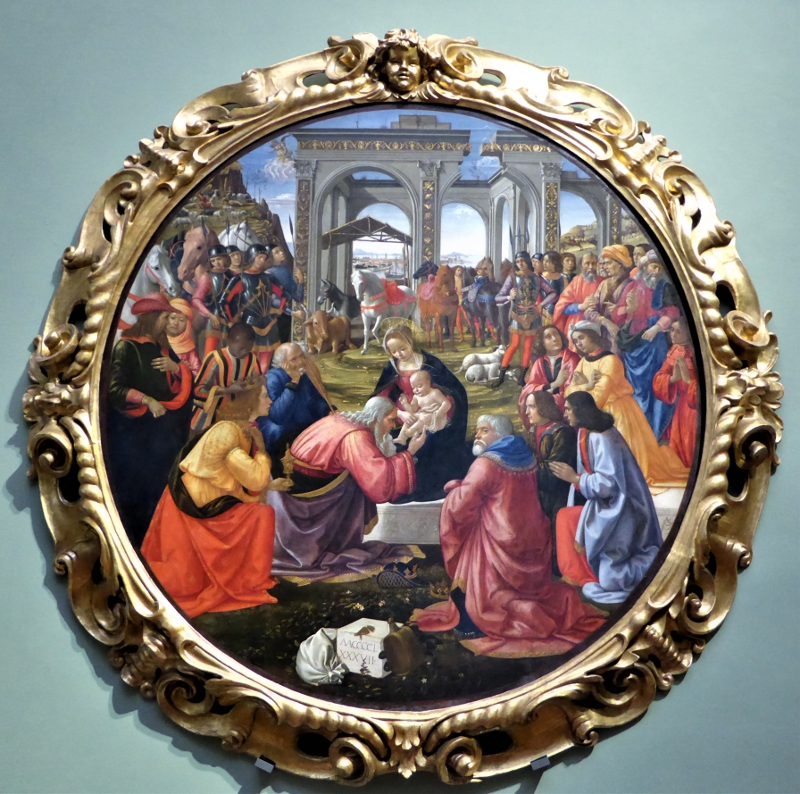 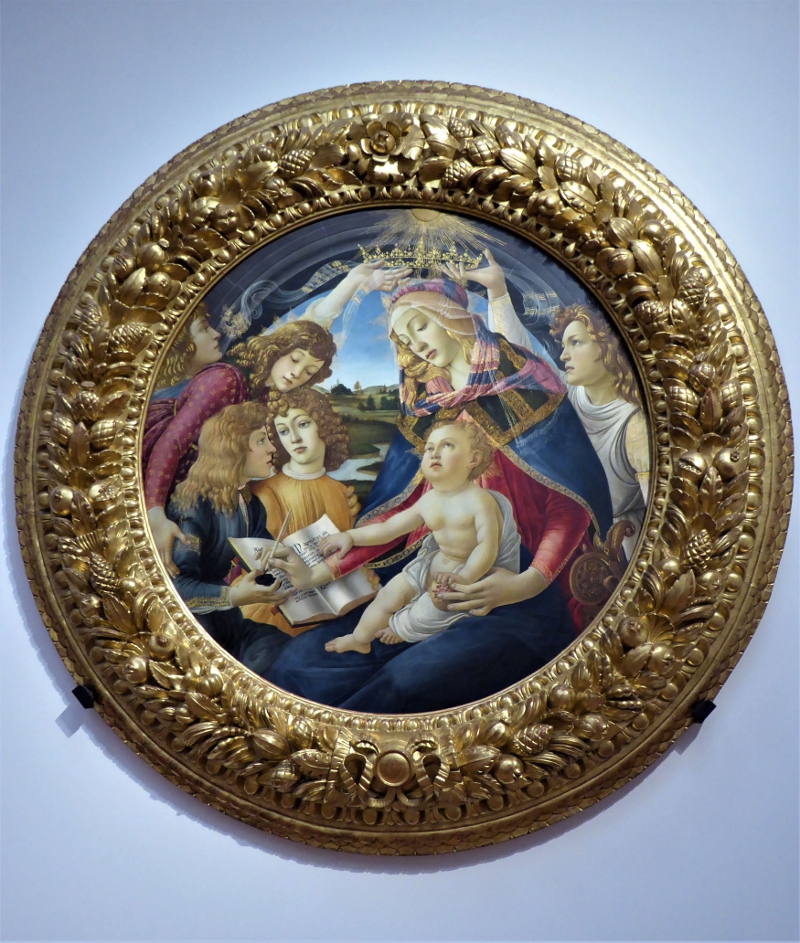 Founded in 1784 the Accademia was originally an art school, home to Michelangelo’s statue of David it boasts the single most important collection of sculpture by the artist. Michelangelo’s David was moved from its location outside the Palazzo Vecchio in 1873 to protect the precious marble masterpiece, it has been replaced by a copy but the seeing the original is a must-see jaw-dropping experience.

Giambologna’s plaster cast the Rape of the Sabine Women and Michelangelo’s unfinished carvings of slaves are some of the many more artworks on display. 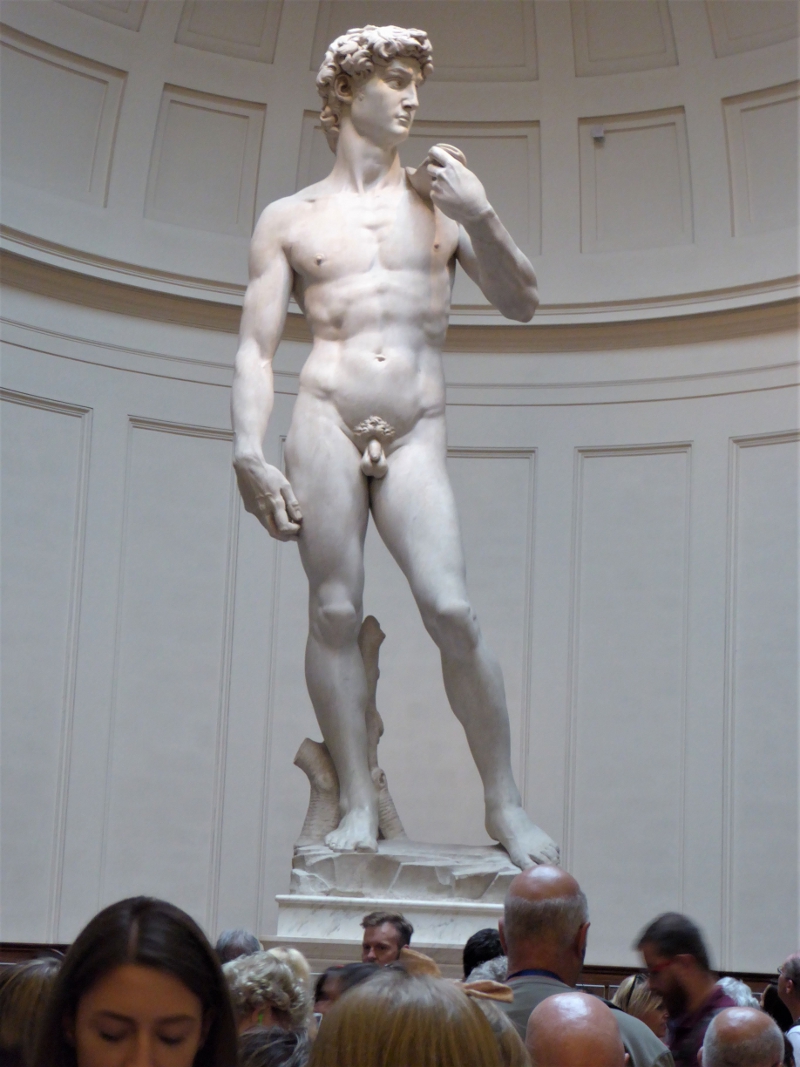 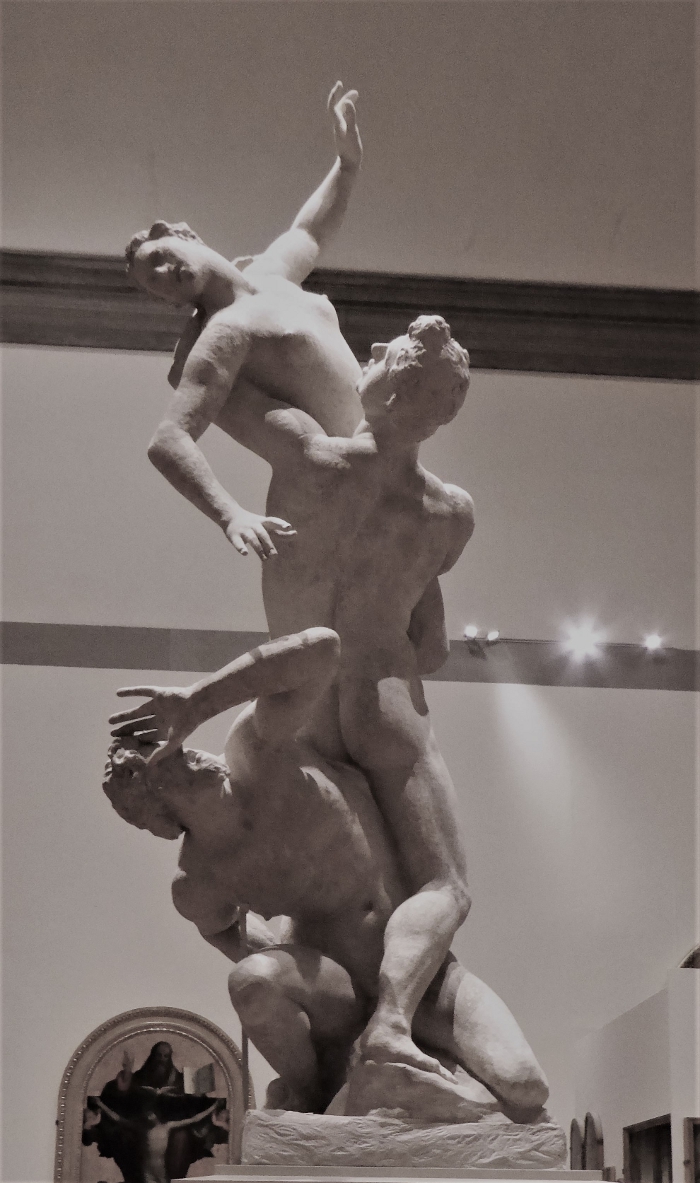 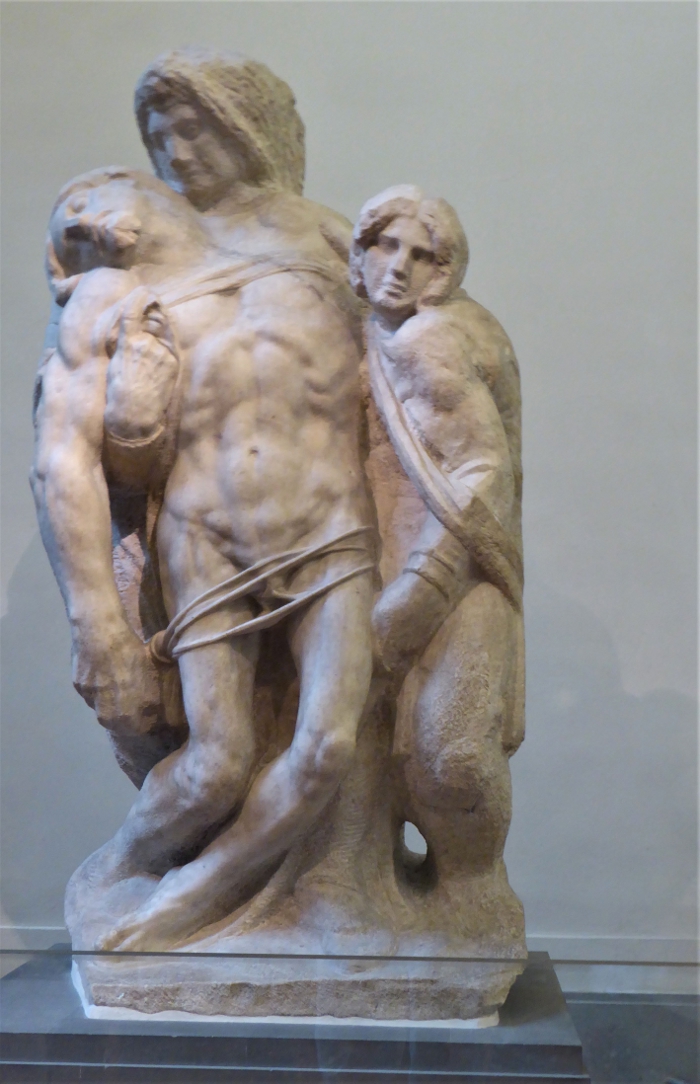 Built by Dominican Monks in the 13th and 14th centuries this Beautiful church is deceiving when viewed from the outside, it is huge and contains frescoes by Paolo Uccello within the cloisters. Within its many chapels are Masaccio’s Holy Trinity and a wooden crucifix by Brunelleschi who also designed the pulpit. Situated opposite the railway station it is ideally placed as a first incredible taste of Renaissance Florence. 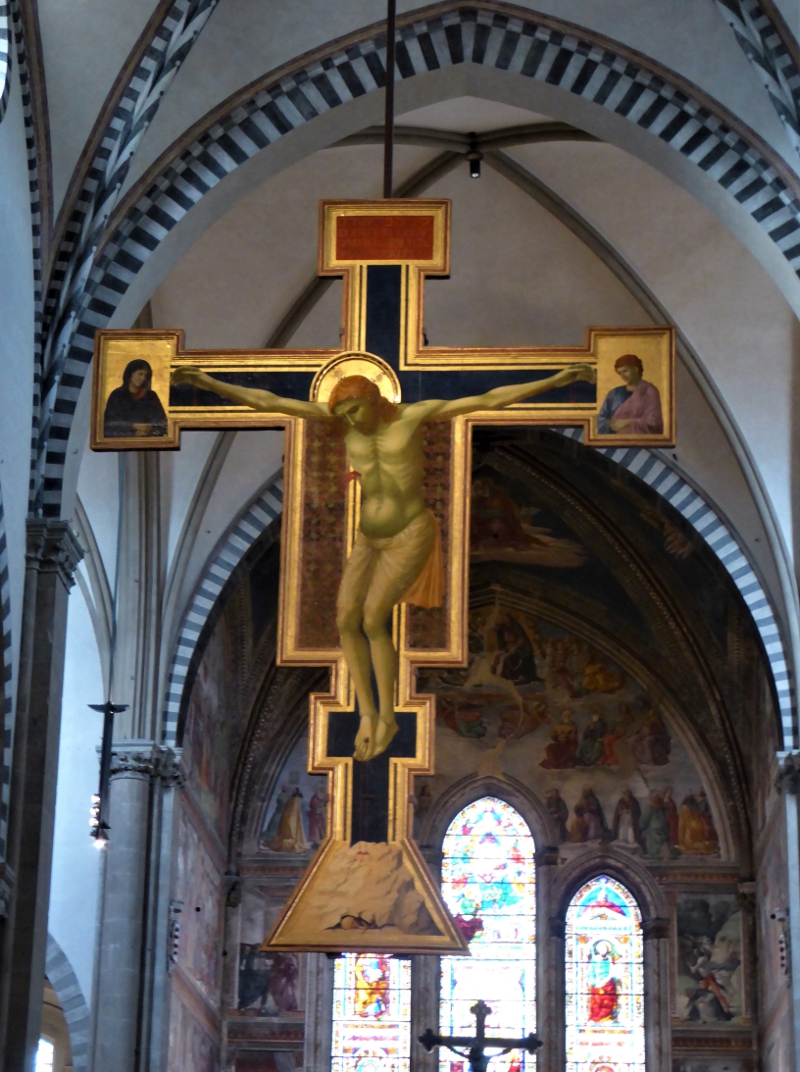 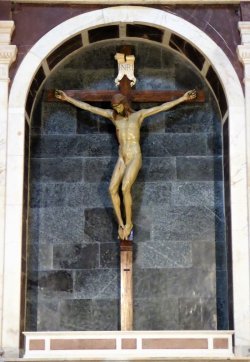 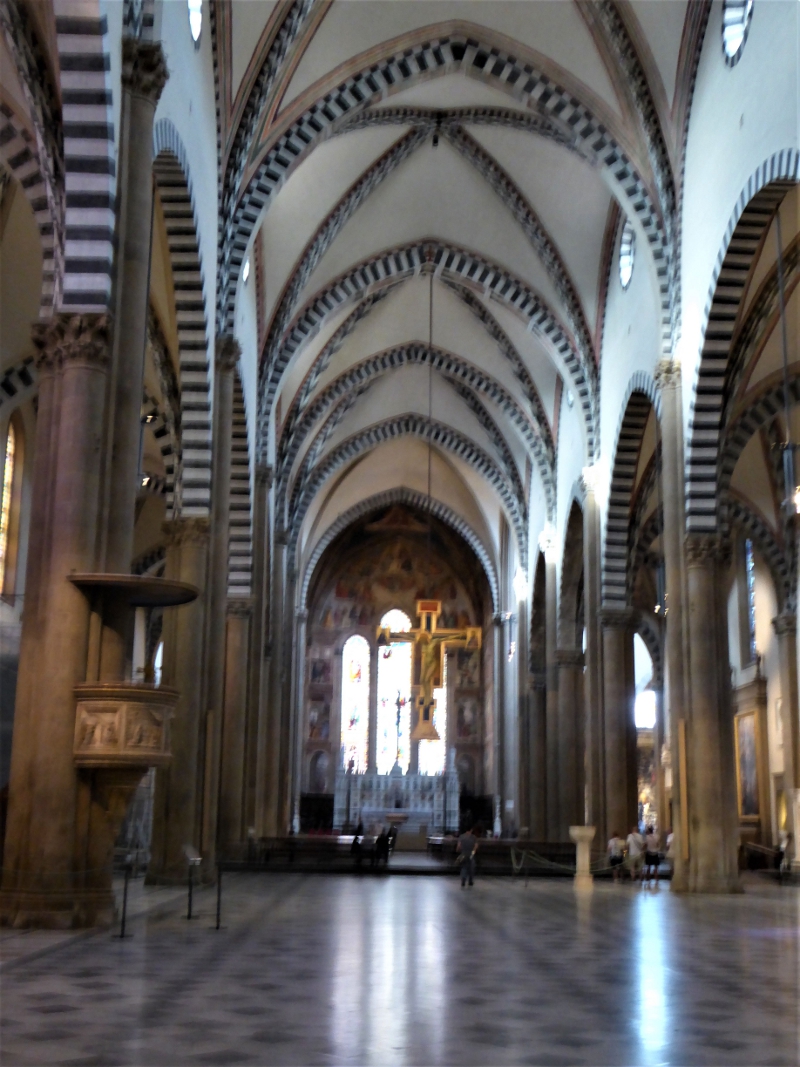 The Pitti Palace and the Branccaci Chapel are located in the Oltrarno sector of the city, Oltrarno meaning over the Arno River, so it’s easy to visit these on the same day.

Situated within the Santa Maria del Carmine the Brancacci Chapel is home to a series of Frescoes by Masaccio, Masolino and Filippino Lippi. The chapel was commissioned in 1424 and is named after the wealthy Florentine merchant Felice Brancacci.

Restoration work carried out in the 1980s has removed the years of accumulated dirt and mould that had gathered on the frescoes. The paintings within this quite small chapel can now be seen in much greater clarity, well worth a visit. 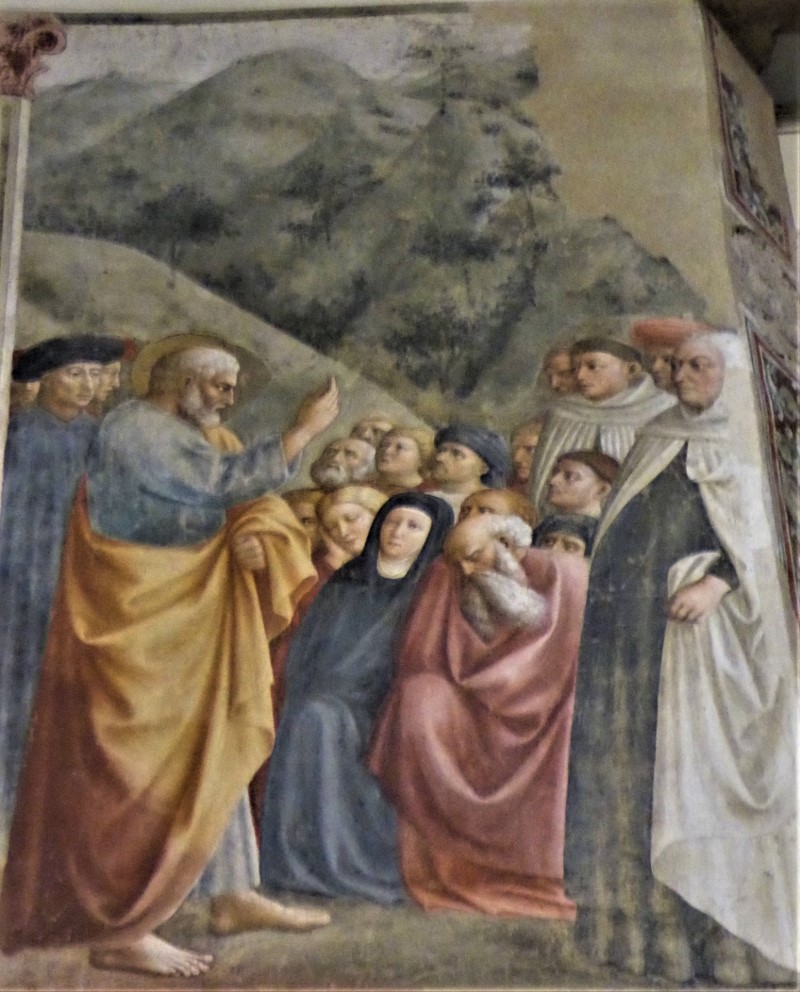 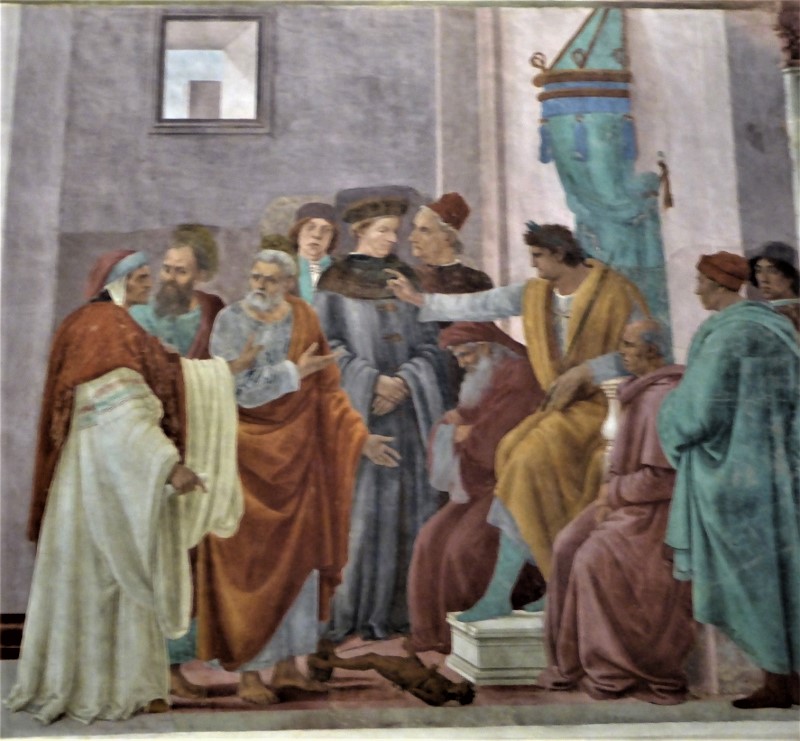 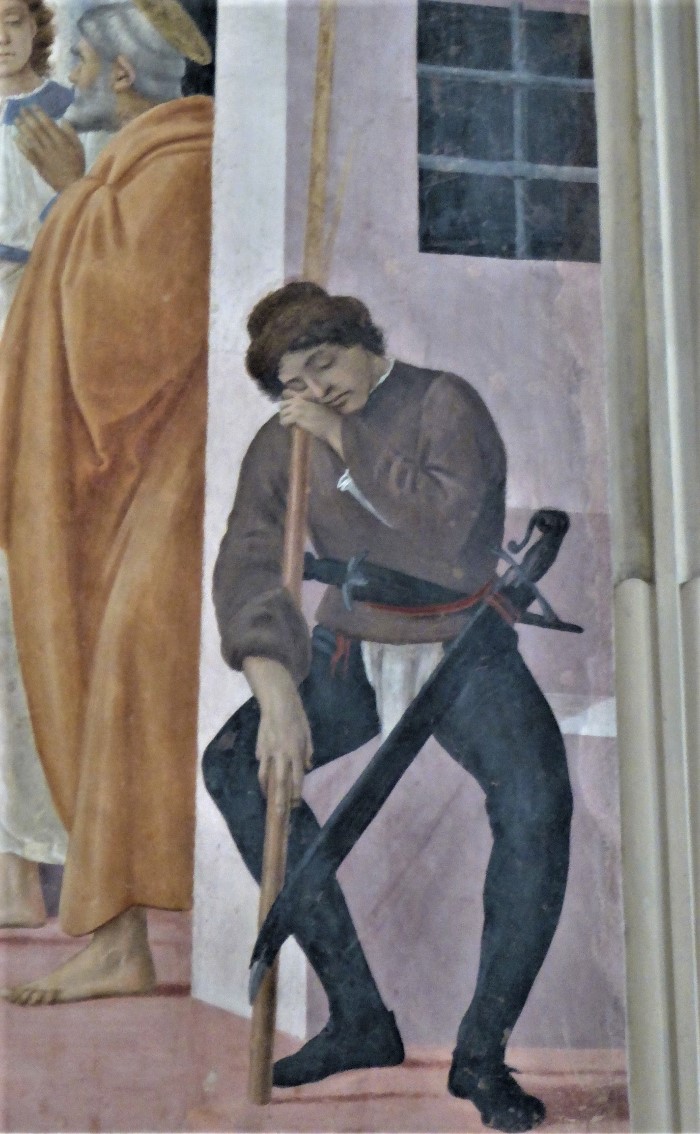 The Palazzo Pitti is a vast complex containing eight museums and galleries, the picture gallery alone can take up lots of visitors' time so plan your visit well.

The palace is named after the wealthy banker Luca Pitti who commissioned Filippo Brunelleschi to design the palazzo in 1457. Later the Medici family acquired the building and filled it with their huge art collection. The sheer quantity of paintings covering every available space can be quite a sensory overload so please take your time. 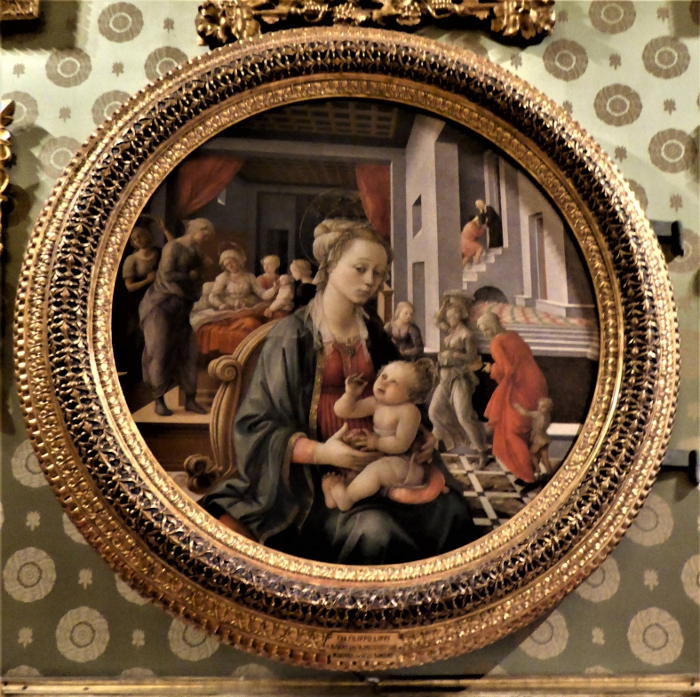 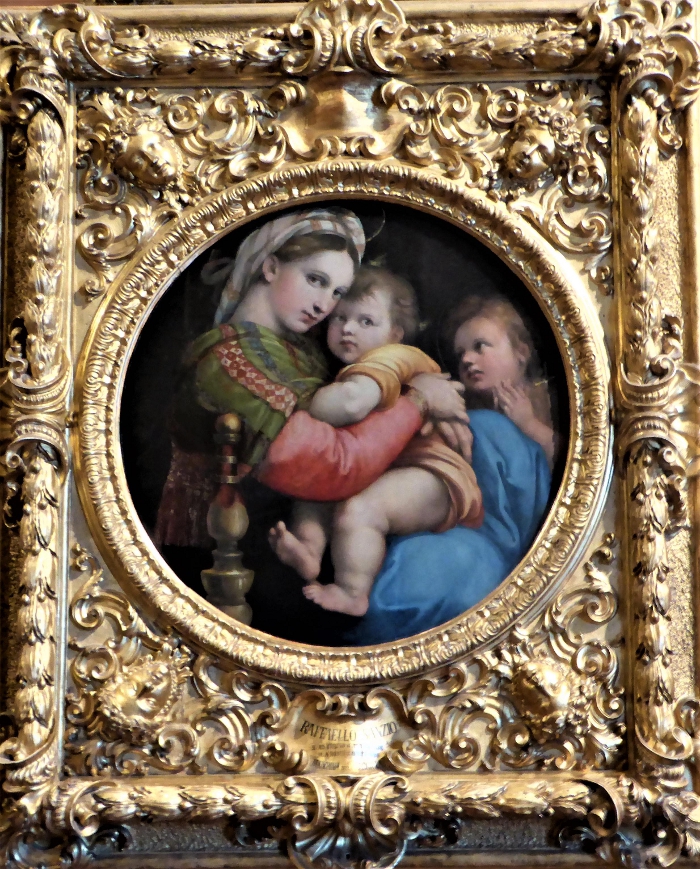 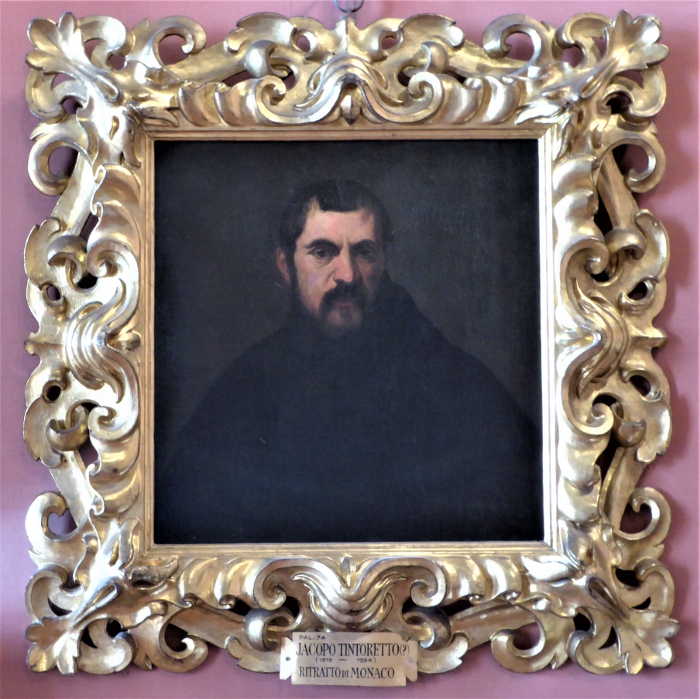 Located within the church of San Lorenzo the mausoleum of the wealthy and powerful Medici family consists of three areas. The crypt is where the lesser-known members of the family are buried, the dome is decorated with the Medici coat of arms, and the Sagrestia Nuova built by Michelangelo and containing his sculptures.

Michelangelo created figures representing the four times of day, Night and Day which adorns the tomb of Giuliano di Lorenzo de' Medici Duke of Nemours, and Dawn and Dusk for the tomb of Lorenzo di Piero de' Medici Duke of Urbino. These impressive carvings are a marvel to behold as are Michelangelo’s Madonna and Child and his superb charcoal drawings. 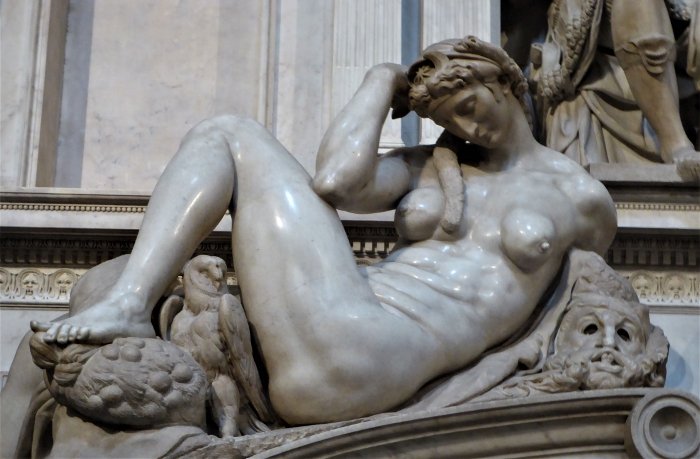 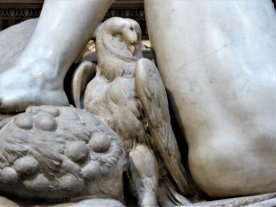 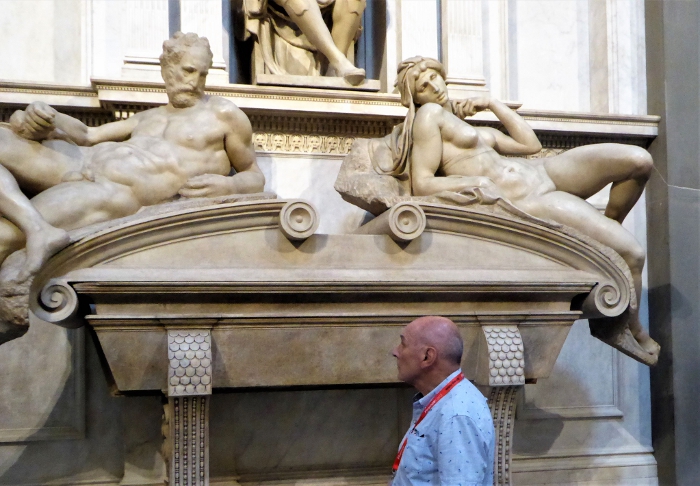 The Museum and workshop was founded when the Duomo was built. Eight of the original panels from Ghiberti’s Gates of Paradise are located on the first floor, on the landing is Michelangelo’s Pieta which the artist purposely damaged in frustration. Donatello’s magnificent statue The Magdalene Penitent is also a must-see.

The courtyard was the site where Michelangelo sculptured his David, there is also a room with the construction materials used for Brunelleschi's Cathedral Dome. 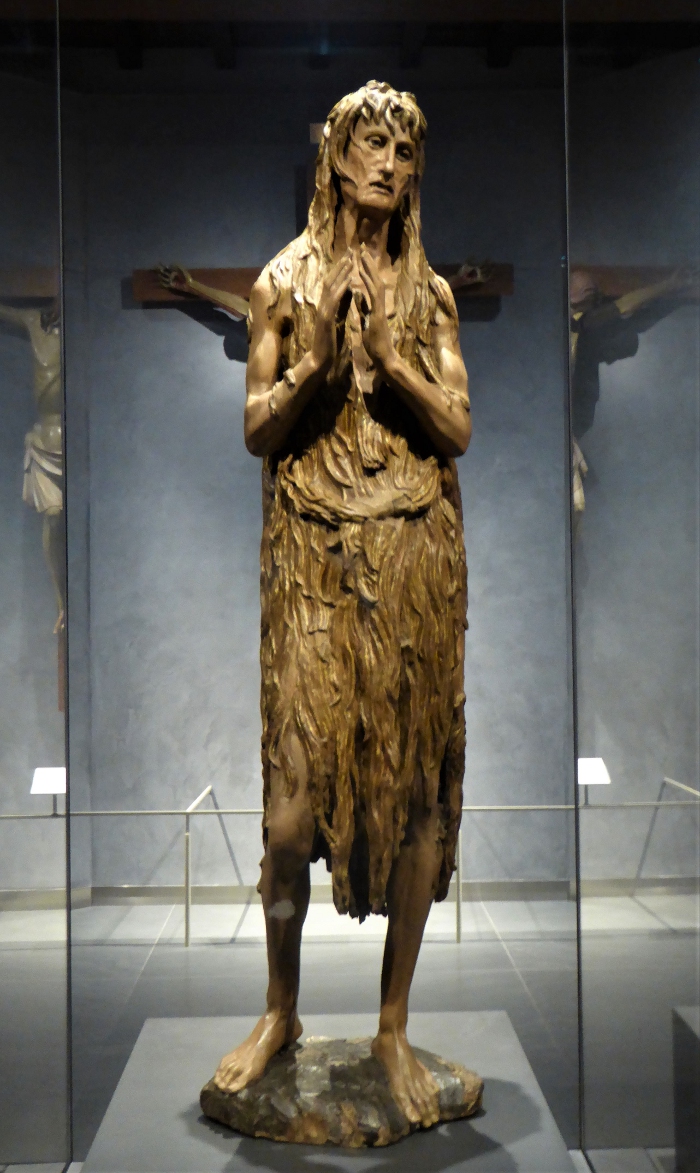 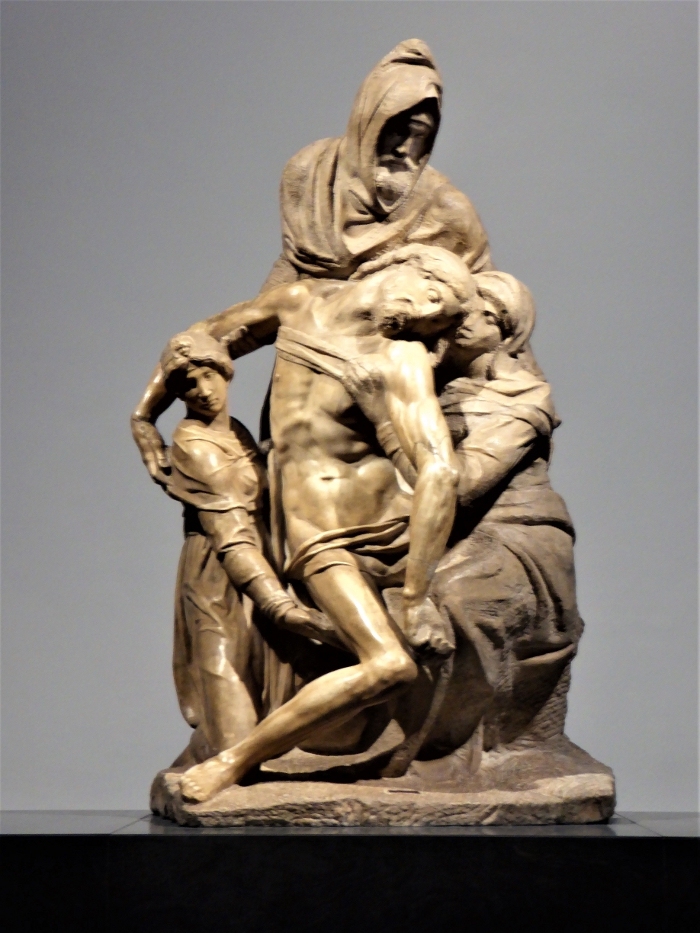 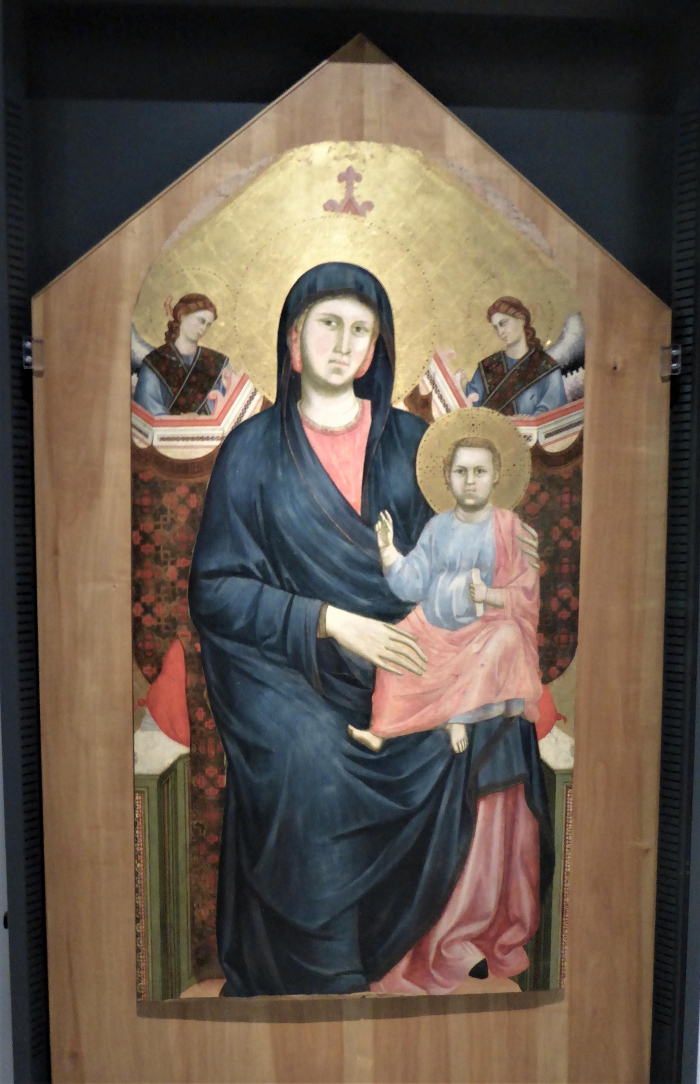 Still, the town hall of Florence the Palazzo Vecchio’s 311ft (95m) bell tower is impressive as is the vast Assembly room with its paintings of military scenes by Giorgio Vasari. The building is also home to Donatello’s bronze statue Judith and Holofernes.

Climbing the stairs to the top of the bell tower is not for the faint-hearted, there is no lift but the view from the top is well worth the effort. 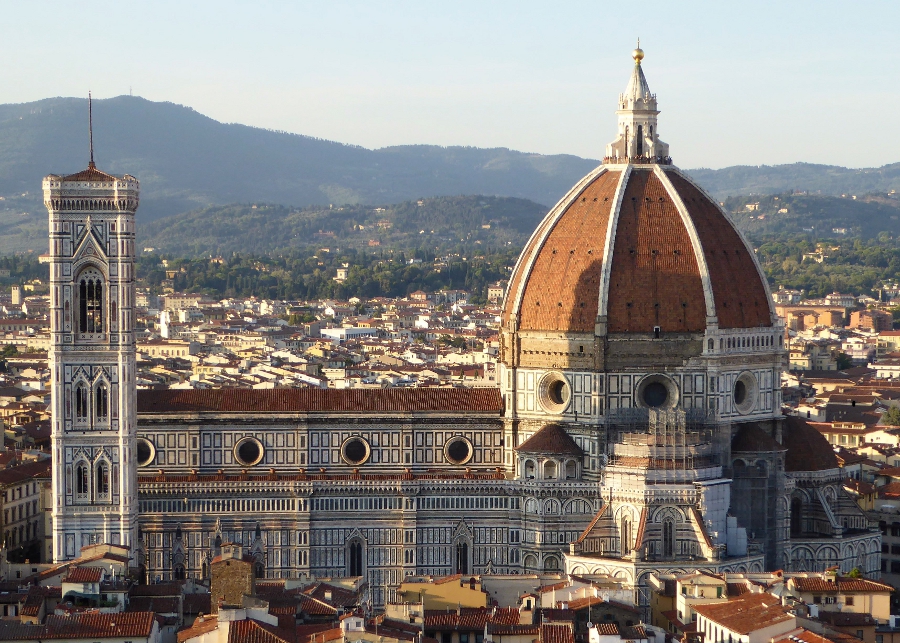 The magnificent Cathedral of Florence (p)

Visiting these important museums on a short three or four-day trip does require careful planning and it will take full days to fit them all in. However, the effort and planning will result in an unforgettable experience of a lifetime. Enjoy Renaissance Florence.