The illegitimate son of Fra Filippo Lippi and the nun Lucrezia Buti, Filippino Lippi was born in 1457/8. He was trained as a painter by his father but later was apprenticed to Sandro Botticelli. Filippino’s contributions as an assistant to Botticelli were attributed simply as 'a friend of Botticelli'.

His late fifteenth-century Florentine style combined classical forms and Christian subjects and he became renowned for the grace of his flowing figures.

His first works show the influence of Botticelli but he soon developed his own style. In 1483/84 he was asked to complete the decoration of the Brancacci Chapel, a work left unfinished on the death of Masaccio in 1428.

Lippi’s contribution to the Chapel is the Stories of St Peter, they are, St Peter Jailed and Freed, the Crucifixion of St Peter, Resurrection of the Son of Theophilus and, the Quarrel with Simon Magus in face of Nero. 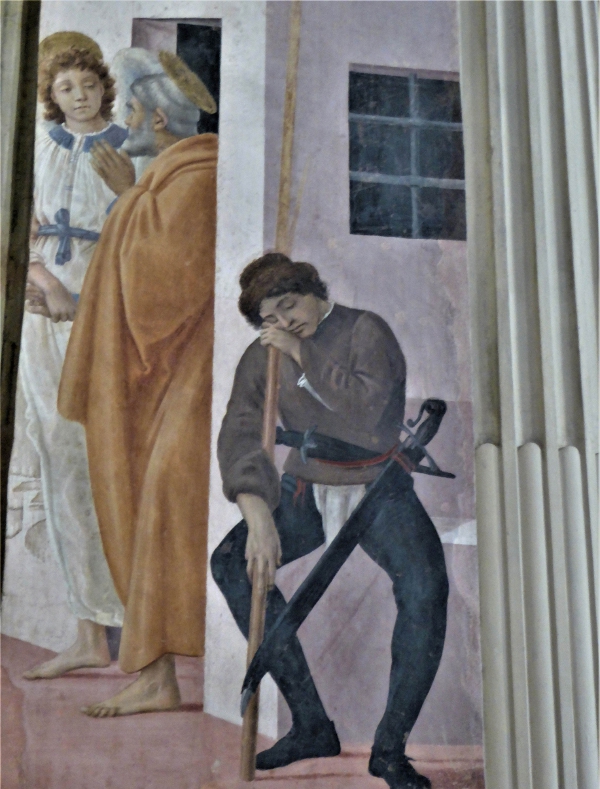 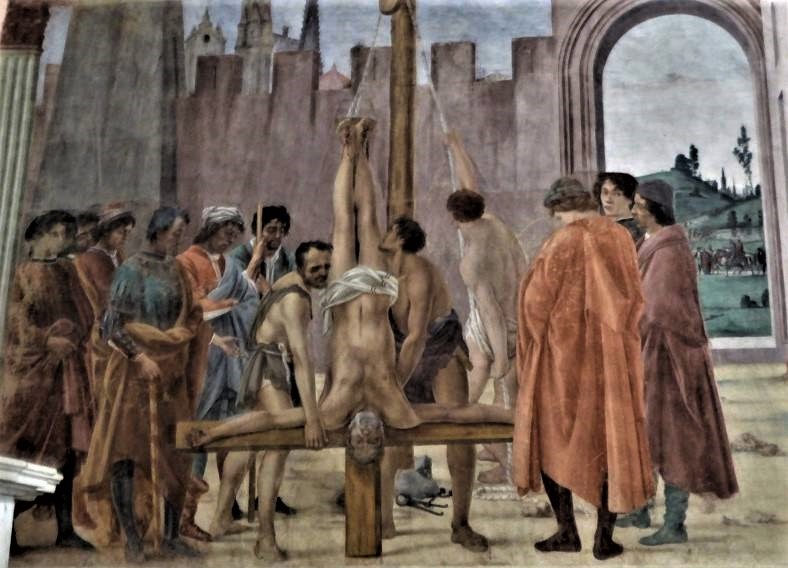 The Apparition of the Virgin to St. Bernard.

Filippino Lippi worked on the Sala degli Otto di Pratica, in the Palazzo Vecchio, Florence in 1486 and Lippi's Apparition of the Virgin to St. Bernard painted around the same time, is his most popular painting. 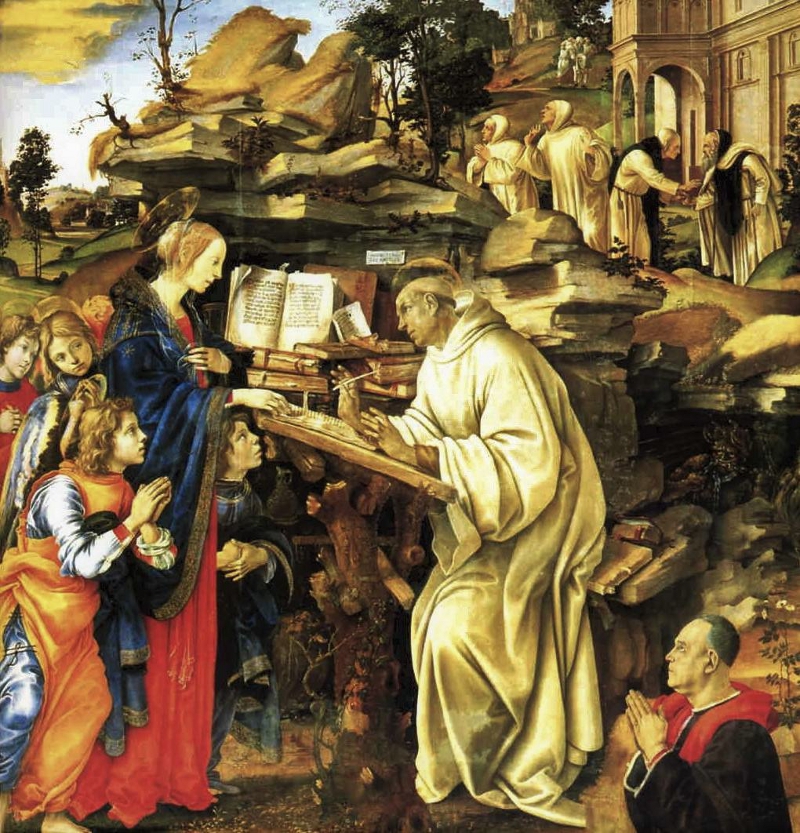 St Bernard is seated at a roughly-made desk, standing before him is the Virgin who is accompanied by a group of childlike angels. The donor, Piero del Pugliese who commissioned the painting for his father Francesco, appears kneeling in the lower right-hand corner of the picture which is set in a complicated Florentine landscape.

The Adoration of the Magi.

Filipino worked in Rome decorating the Carafa Chapel at Santa Maria Sopra Minerva but returned to Florence by about 1492. in 1496 he completed work for the monastery of San Donato a Scopeto just outside of the city walls The Adoration of the Magi. 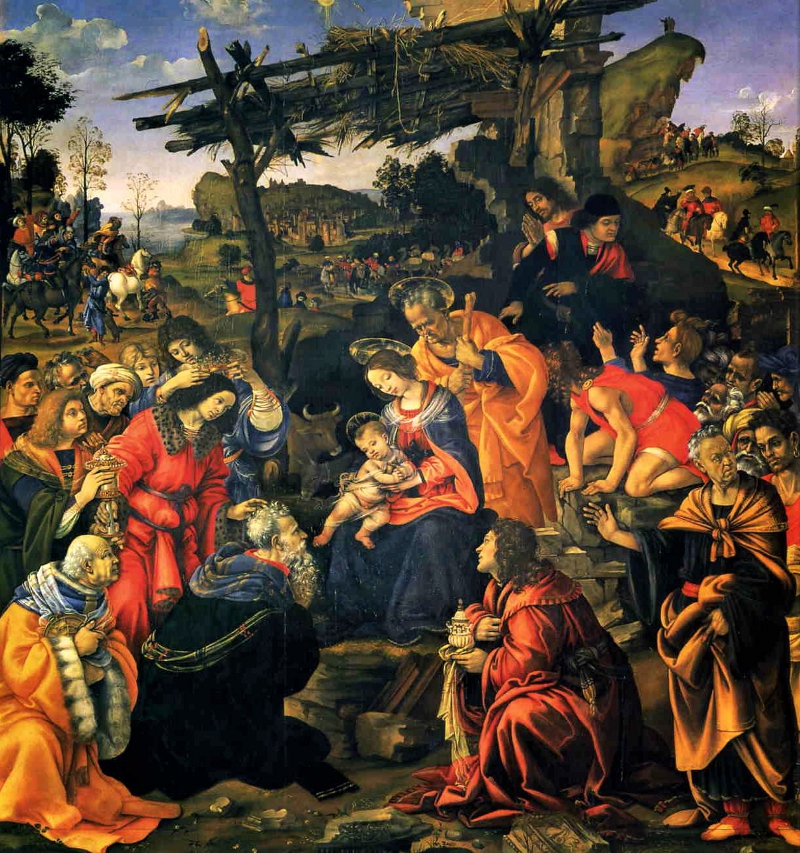 Leonardo da Vinci’s 1481 version of the Adoration of the Magi intended for the same monastery had not been completed because Leonardo had left Florence for Milan. Filippino’s painting is a direct replacement for Leonardo’s unfinished work.

Filippino Lippi in the Strozzi Chapel.

The rich banker Filippo Strozzi commissioned him to paint a chapel in the Santa Maria Novella, Strozzi wanted the chapel to act as a funeral memorial for his family. The chapel is richly decorated with classical motifs, figures, and architecture, the main painting by Lippi is the Exorcism of the Demon in the Temple of Mars. 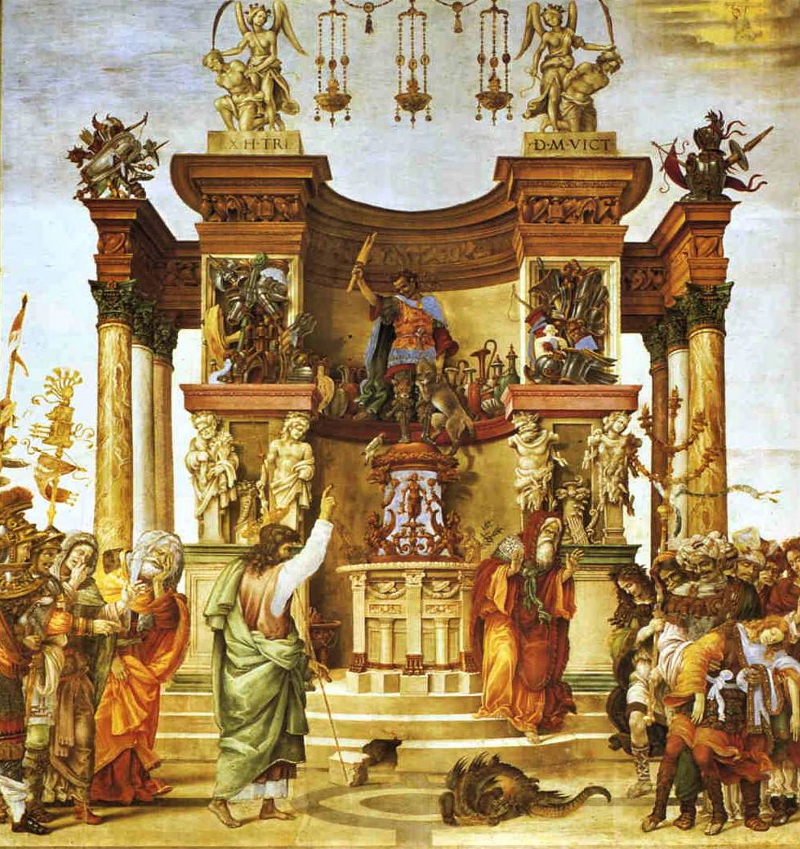 Exorcism of the Demon in the Temple of Mars. (s)

Set within an elaborate Roman architectural structure stands the god of Mars his hand raised in triumph. The lower half of the painting contains two scenes, St Philip expelling a pagan dragon and St John the Evangelist raising Drusiana from the dead. 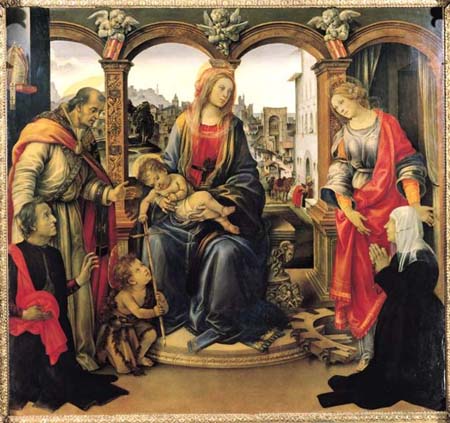 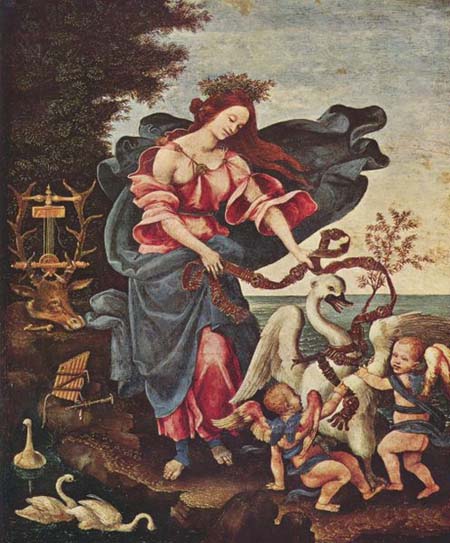 Madonna with Child and Saints shows Tanai de' Nerli and his wife Nanna, kneeling at each side of the picture. It was common practice to have the patrons who commissioned the work included in the paintings.

Although Filippino’s work influenced many of the painters of the High Renaissance and Mannerist eras he has been rather overshadowed by the artists of those periods. Even his master Botticelli has gained a greater popular following than his gifted pupil. However, in his day Filippino was rightly highly regarded as a master of exceptional talent. His reputation was such that on the day of his funeral all of the workshops in Florence closed out of respect for a genuine master of Renaissance art. 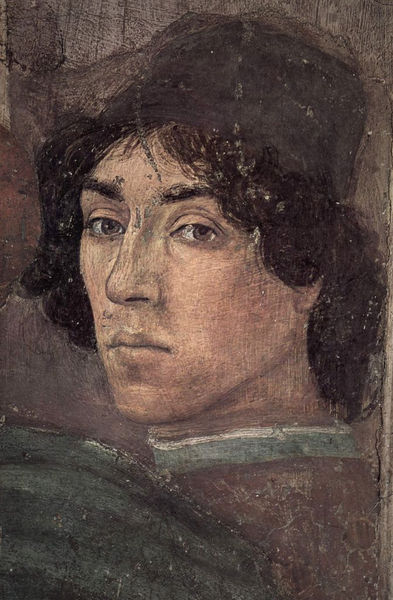