The Sistine Madonna is one of Raphael's most famous works. The painting takes its name from the church of San Sisto in Piacenza and Raphael painted it as the altarpiece for that church in 1513-1514.

The two saints that feature in the painting, St Sixtus and St Barbara are the patron saints of the Benedictine San Sisto church, hence their inclusion in Raphael's magnificent masterpiece.

The piece was purchased in 1754 by King Augustus III of Saxony for his collection in Dresden. In Germany the painting was very influential, sparking debate on the questions of art and religion. 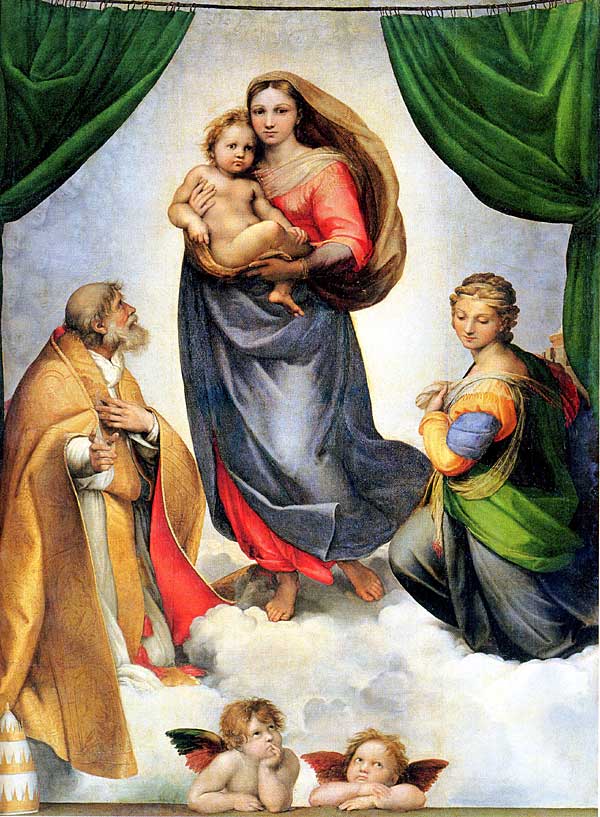 The Madonna holds her child as she floats on a swirling carpet of clouds, she is flanked by St Sixtus and St Barbara. At the foot of the painting are two angels (cherubs) who gaze in wistful contemplation.

There has been lots of speculation about the sadness, or even petrified expressions on the face of the Virgin and the infant Jesus. Why are they so mournful and terrified? Why does St Sixtus point out of the painting at us, the viewers?

The answer becomes clear when we consider the originally intended location of the work. Placed behind a choir screen, that no longer survives, the Sistine Madonna would have faced a crucifix attached to the screen. So the mystery is solved, the Virgin and infant Jesus gaze out on the crucifixion.

The frightened expressions are understandable, Jesus sees his own death and his mother is witness to the torture and death of her child. It is to the scene of the crucifixion that St Sixtus also points and not to the viewer. 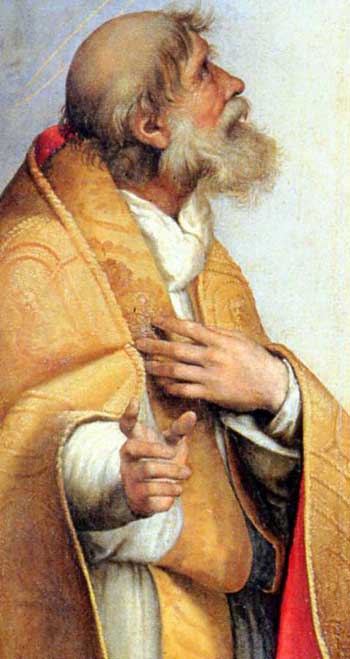 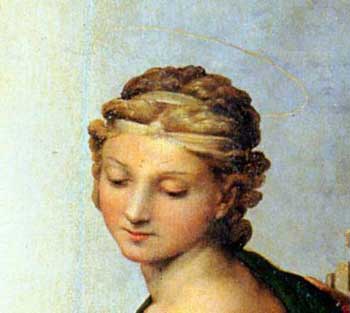 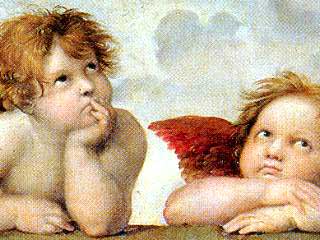 St Sixtus points out of the painting at the scene of the crucifixion.(Wonderfully painted hands by Raphael!)

St Barbara is the only figure in the grouping who wears a serene expression. She gazes down towards the cherubs at her feet.

The cherubs have obtained a certain celebrity status all of their own, appearing in various advertising campaigns they have adorned stamps, wrapping paper and postcards. One story is that Raphael based the cherubs on two children that he saw looking into a baker's shop window! 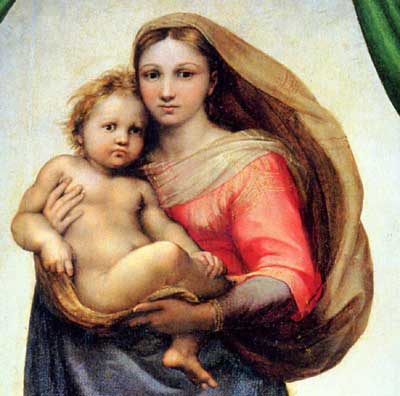 The worried expression of the Virgin is evident in this detail, as is the fear on the face of the infant Jesus.