Botticelli’s Venus and Mars was painted sometime after Primavera, probably around 1483. It takes Venus, the Goddess of Love, and Mars, the God of War, as the primary figures in an unashamedly clear message that love will triumph over warlike desire.

The theme is that sexual prowess can overcome the physical strength of the warrior.

Venus and Mars are lying facing each other in a garden, they are accompanied by four playful satyrs who mischievously disturb the tranquillity within the sacred grotto of myrtle trees. The satyrs are described as lustful figures an emotion which they are attempting to rekindle in the sleeping God.

Mars is depicted naked and fixed in the deepest of sleep, even the sound of a satyr’s bellowing seashell horn cannot wake him.

In contrast, Venus is clothed, half-siting she gazes at the sleeping God of War satisfied that she has overcome his lustfulness. Her flowing white, gold-trimmed gown is fastened with a pearl-encrusted brooch symbolising her chastity.

However, the sexual implications surrounding the iconography of the painting points to a scene depicting the immediate aftermath of the couple’s lovemaking. Examples are the lance and the seashell which would appear to suggest sexual symbolism.

The painting does portray an aura of carnal sensuality suggesting that it was intended for a bedchamber.

Botticelli has depicted the satyrs with goat’s feet, tails and horns, in mythology satyrs are often associated with Bacchus, God of Wine.

Two satyrs, seem intent on carrying away Mars’ lance, one has pulled the God of War’s helmet over his own head, while on the far lower right of the painting another is cheekily crawling through Mars’ breast-plate adding to the humour of the scene.

The artist has taken inspiration from the writings of the classical poet Lucian and was no doubt also guided by the Medici house poet Poliziano. The picture was intended for the Vespucci family, close associates of the Medici, the Vespucci coat of arms has the motif of a wasp incorporated into it.

The Vespucci name derives from Vespa (Italian for wasp). This would explain the nest of buzzing wasps that Botticelli painted just above the head of Mars. 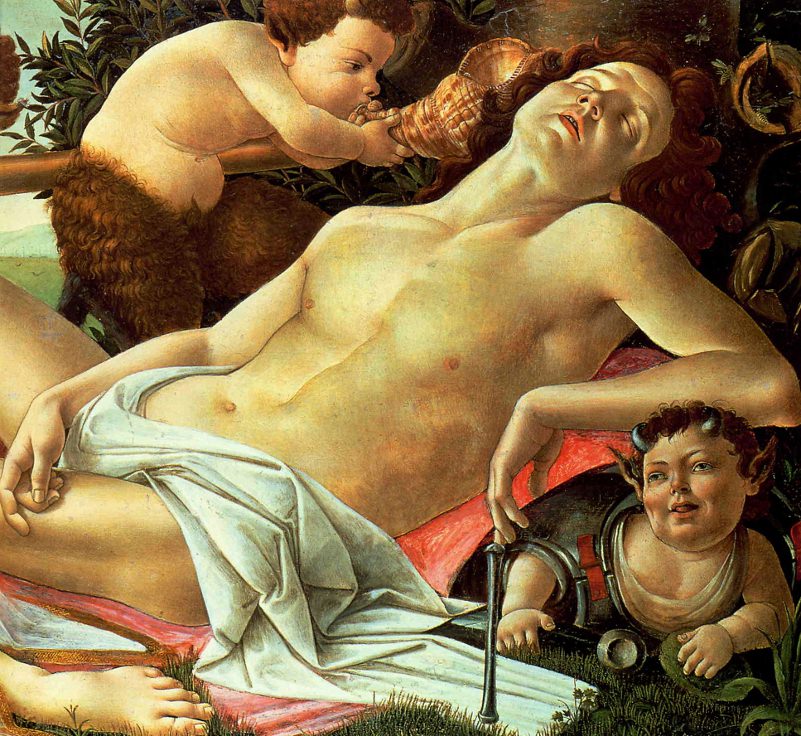 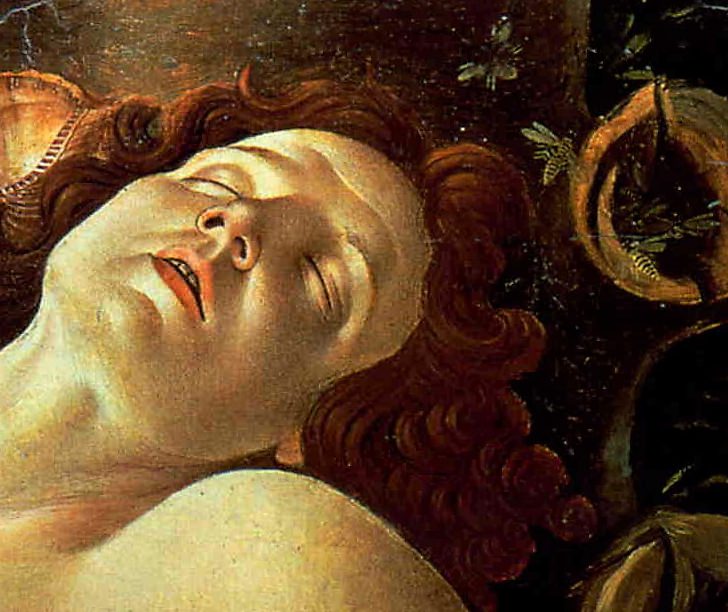 The nest of wasps above Mars' head, detail (s)

Mars is in a deep sleep and not even the satyrs' mischievous play can awaken him. They are using his weapons and armour to amuse themselves and one even attempts to wake Mars by blowing in his ear through a seashell. Another is wearing Mars' helmet and, with his two companions, attempts to steal away with the warrior's lance. 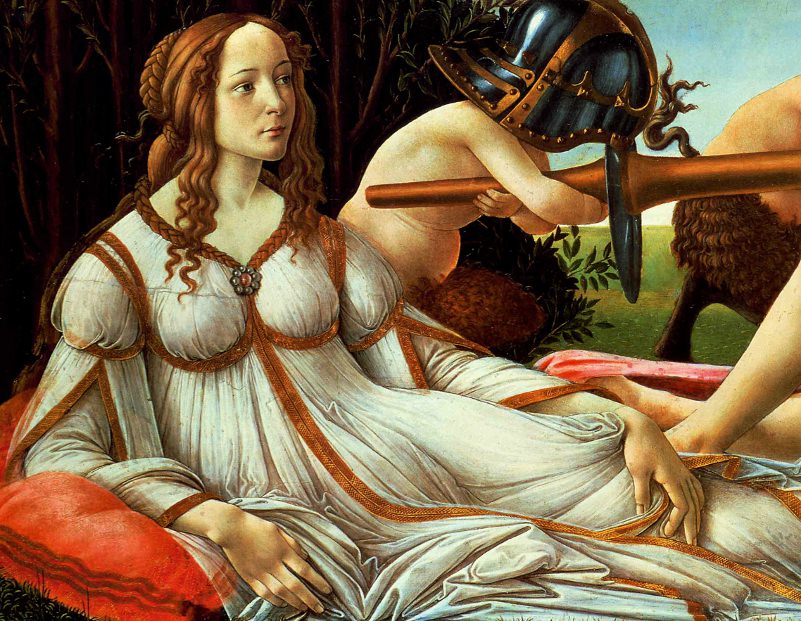 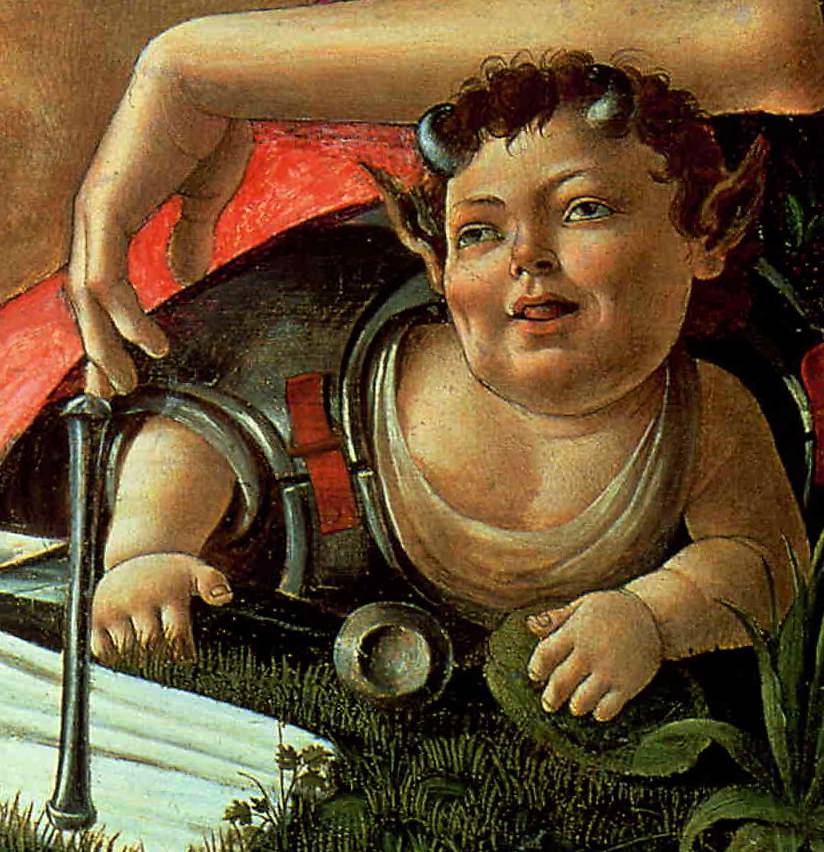 In this detail, we can see a cheeky and mischievous satyr who has crawled into Mars' breast-plate, the God of War remains undisturbed by the commotion created by the playful satyrs.