Leonardo's
Virgin and Child with St Anne and a Lamb.

Leonardo chose the subject of St Anne on his return to Florence from Milan in 1500. The work clearly shows the sfumato style pioneered by the artist and is based on an earlier drawing of The Virgin and Child with St Anne and St John which is now in the National Gallery London. 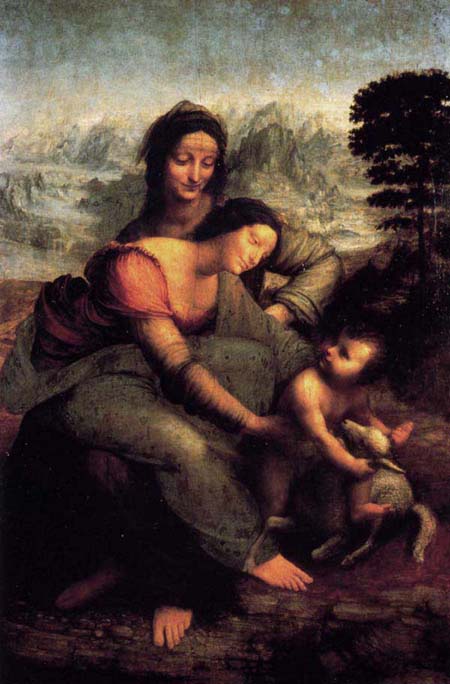 The rocky landscape of the background is pure Leonardo and is reminiscent of the backdrop to the Mona Lisa and the Virgin of the rocks.

The subject of Mary and the Christ-child was a popular theme in many Renaissance paintings. In this work, Leonardo shows Mary reaching out to her son (Jesus) who in turn reaches for the lamb.

Mary is seated in the lap of her mother (St Anne) who watches over her daughter and grandson completing a trinity of generations within the same family. The composition is built on a clever combination of triangles formed by the posture of the Virgin, the hand-on-hip position of St Anne, and the intertwining child and lamb, superb!! 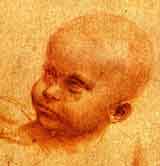 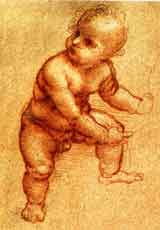 Study of a Child.

The three sketches of children above are from a single sheet of drawings that Leonardo made for the Christ Child in the Virgin and Child painting opposite. 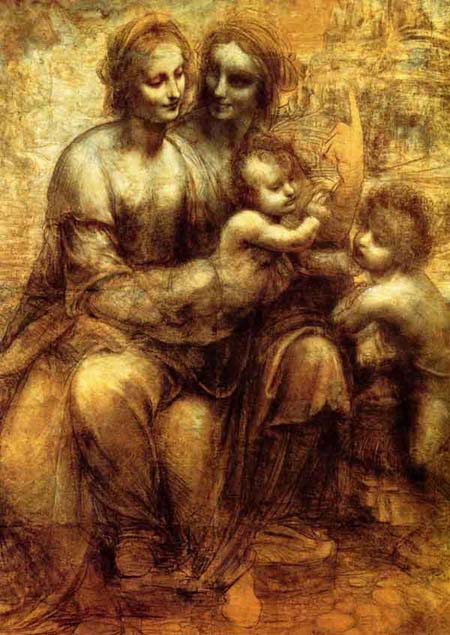 A cartoon by Leonardo (of the same subject) was so well received when it was displayed in Florence that it prompted the art historian Vasari to write,

'men and women, young and old, continued for two days to crowd into the room where it was being shown, as if attending a solemn festival.'

There is some debate about which cartoon Vasari was describing and arguments continue about the possibility of more than one copy by Leonardo. Regardless of this debate both the drawing above and the painting in the Louvre, remain as fine examples of the artist's skill and craftsmanship. 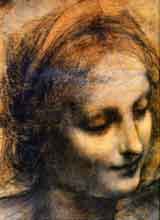 Head of the Virgin. (detail) 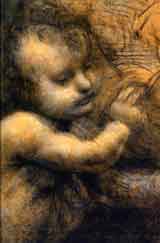 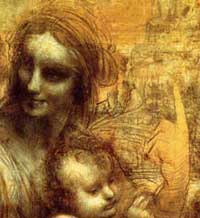