Leonardo da Vinci’s Mona Lisa is undoubtedly the world’s most recognised painting, it is also the most famous portrait in the world. Being the most famous does not imply that it is the best but certainly it is a masterpiece of outstanding quality.

So much has been written about Leonardo’s stunning portrait that the story of the painting has become mired in a mix of fact, speculation, and pure fantasy making it difficult for many to evaluate the work objectively.

We have become familiar with the image on postcards, advertisements, and copies in various forms, some are faithful reproductions, others are not. I have even seen a dog's head superimposed on the painting and the image is so well known that it is instantly recognisable, even after such distortions. 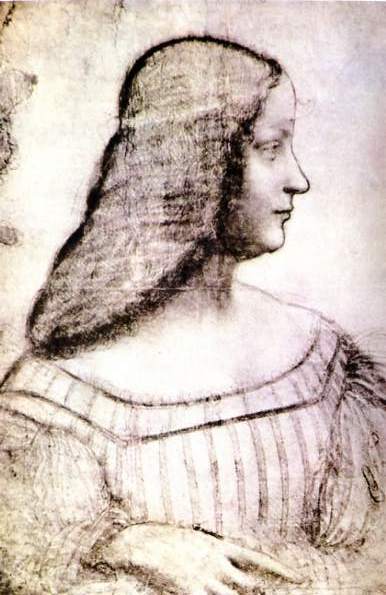 The identity of the sitter has also been questioned although it is generally accepted that Lisa Gherardini, the wife of the Florentine silk merchant Francesco del Giocondo is the subject of the painting it is by no means certain that she was.

It was the historian Giorgio Vasari who identified Francesco’s wife as the sitter. However, Vasari was describing a painting that he had never seen, even so his description is the only written account that exists.

If Francesco did commission the work he never received it, Leonardo kept the painting making changes intermittently over several years.

Other notable names include Isabelle d’ Este the wife of Francesco II Gonzaga, Marquess of Mantua. Leonardo had completed a pastel drawing of Isabelle although she is drawn in profile her hands are in a similar position to those of Mona Lisa as is her torso, although reversed it does resemble that of Lisa.

Other possibilities are Costanza d'Avalos, Duchess of Francavilla, or the wife of Louis XII who was Leonardo’s patron at the time. 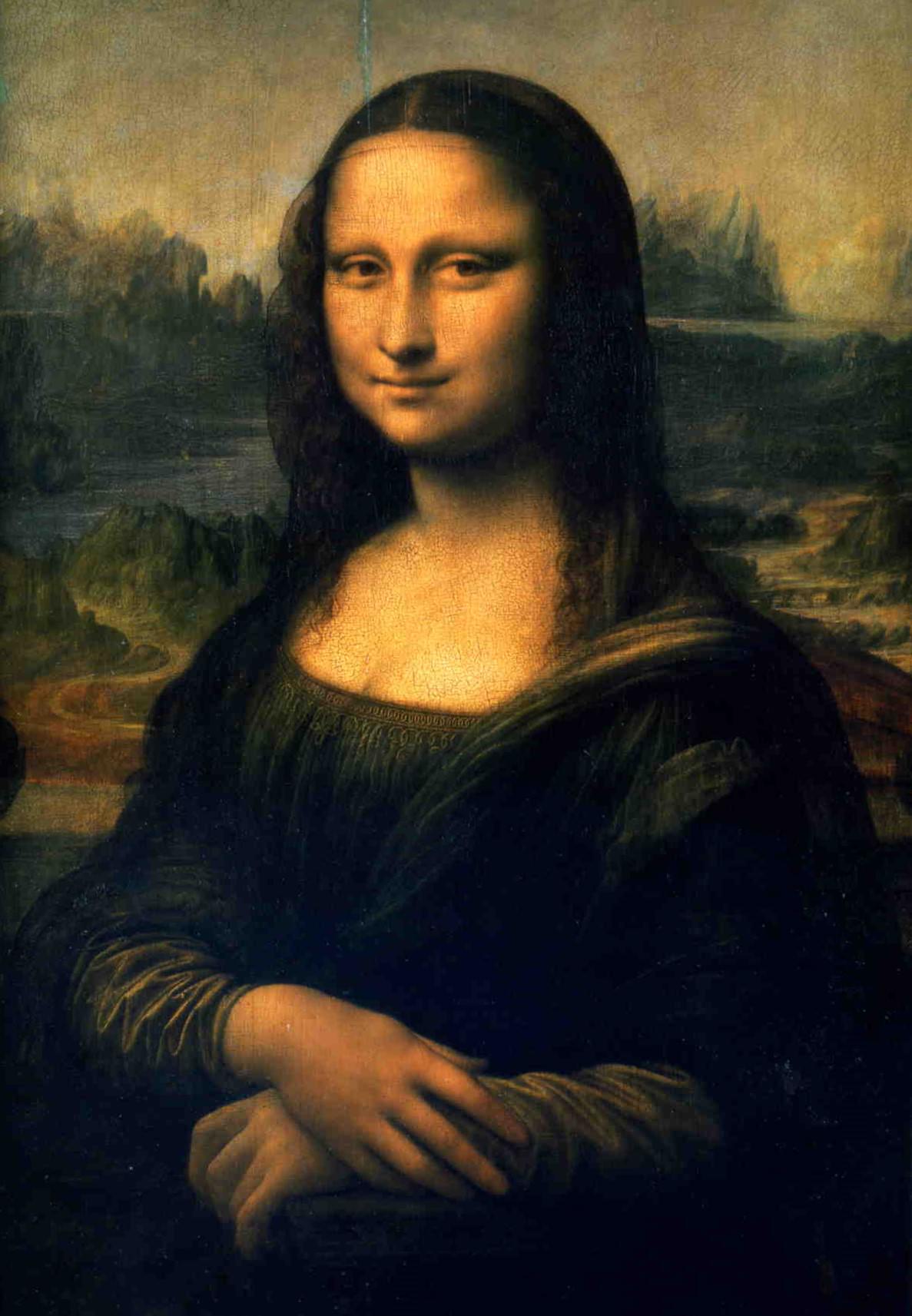 The Mona Lisa is placed half-length seated on a balcony with a muted blue-green landscape vista behind her. This was unusual, portraits of the time rarely if ever included a background. Even Leonardo’s previous exercises such as The Lady with an Ermine was placed in front of a none descript dark background.

Lisa’s face is built from a series of tonal layers of paint expertly crafted by Leonardo. The artist has created an image of ambiguous beauty. The features highlight the subtle nature of Leonardo's sfumato effects.

It does not explain the fascination with the Mona Lisa's smile, or the speculation and theories surrounding the painting. According to Vasari, Leonardo employed singers and bell ringers and other entertainers to keep Lisa amused while he was painting her, hence the smile. Others have claimed that the smile evolved during the years that Leonardo reworked the painting.

We will probably never really know the truth about any of these claims and in a way it does not matter, we need only to study the details of the painting to be assured of Leonardo's genius.

Leonardo has achieved his masterpiece by leaving something to the imagination. The outline is not firmly drawn and is softened almost merging with the background allowing the colours to mellow. This harmonious invention of Leonardo's has been given the Italian name 'sfumato'. 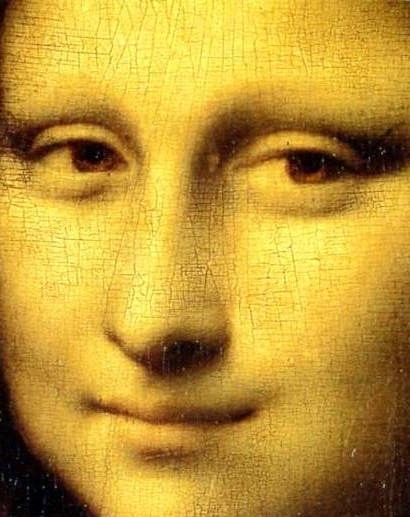 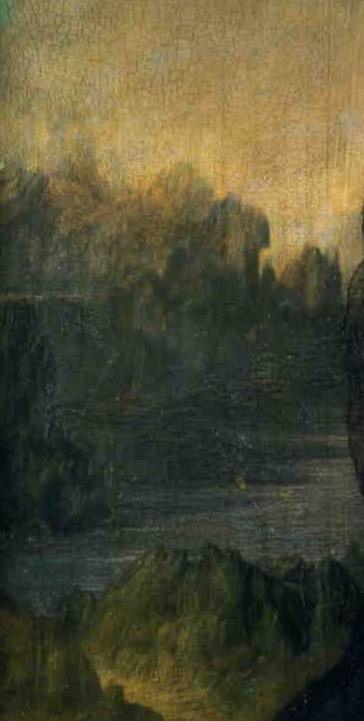 A View of the background, (s)

Leonardo knew more about the workings of nature than anyone who had lived before him and that the eye does not see everything with crystal clarity at every glance.

The Mona Lisa can look different each time we look at her. Our eyes fill in the vagueness of her face and the image is harmonised by the skill of an artist and scientist who has fully utilised his knowledge to produce a masterpiece of Western Art. 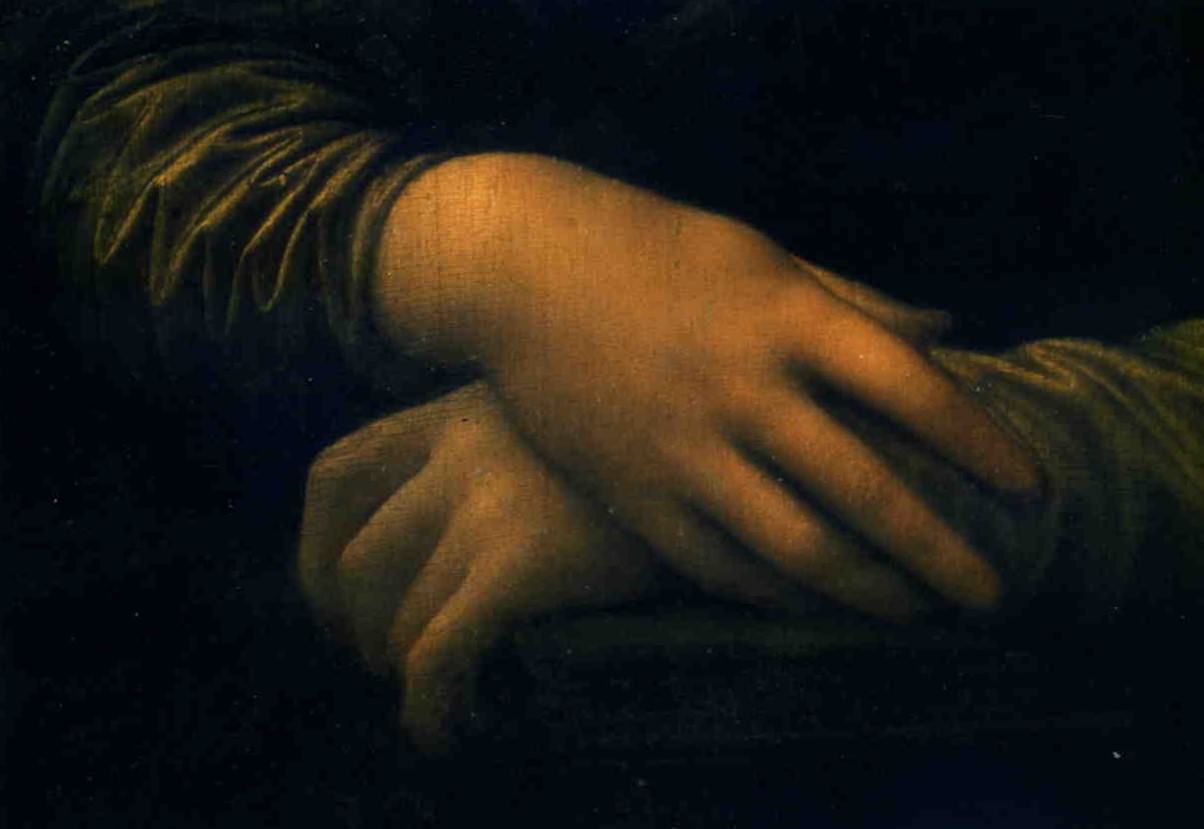 Detail of the hands. (s)

The Mona Lisa, Copies and Claims! 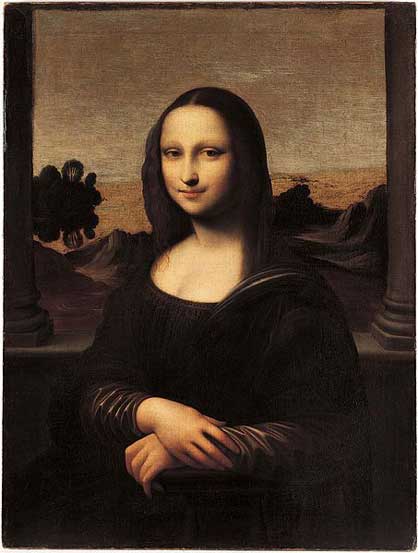 This is the latest offering claiming to be a Leonardo! (There have been many, see the Salvator Mundi.)

The painting above, the so-called Isleworth Mona Lisa, is claimed to be an earlier version painted by Leonardo. The fact that it displays none of the subtlety of Leonardo's style and is painted on canvass (da Vinci painted on wooden panels) has not stopped the vested interest bandwagon from claiming that it was, at least in part, painted by da Vinci.

A blog by Jonathan Jones of the Guardian cleverly expands on the contradictions that the media place on the great artist's work.

Back to Leonardo
Home Page