The Pendentives of the Sistine Chapel.

The chapel has four triangular pendentives in each of its corners. These curved shapes have been decorated with stories depicting the salvation of the Jewish people.

The Israelites became unhappy at the hardships endured on their journey to the promised land and brought upon themselves the wrath of God. God in his anger sent a plague of serpents against them.

When they repented their behaviour he told Moses to make a bronze serpent and anyone who had been bitten by the reptiles would be saved by looking at the bronze statue. 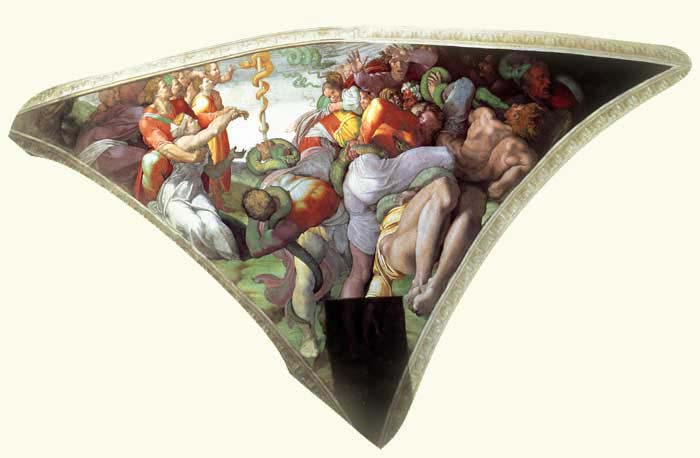 The Punishment of Haman.

Haman decreed that the Jews should bow down before the king on pain of death for failing to do so. Ester, the wife of a Persian king, had the edict annulled causing the death of Haman and saving the Jewish people. ﻿ 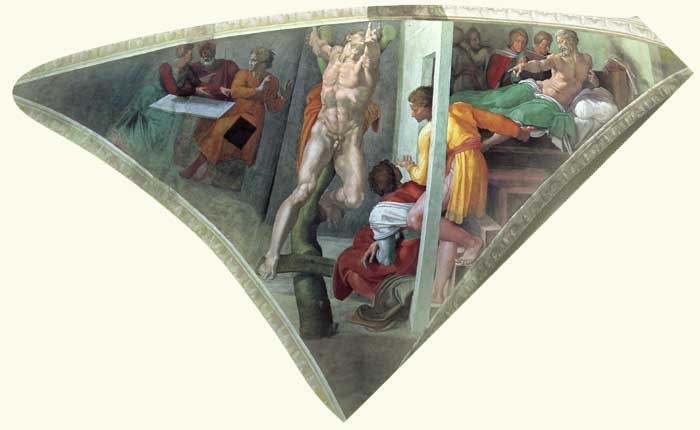 The Punishment of Haman. (s)

The giant Goliath had sworn to reduce the Jews to slavery if he defeated their army. Famously the young David fought and killed Goliath with his slingshot. 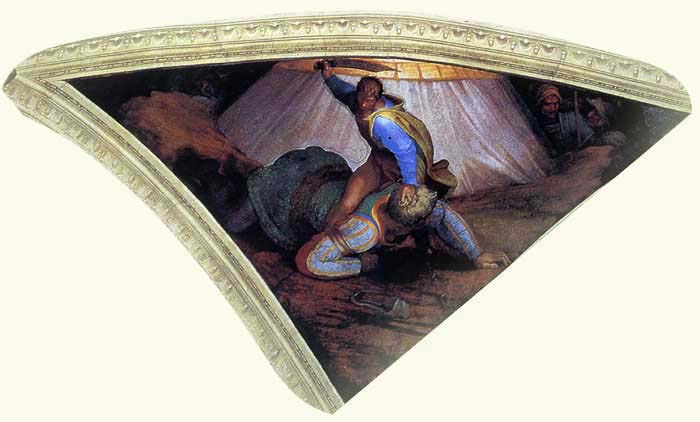 Holofernes, a general in the Babylonian army, had orders to attack the Israeli army but Judith, a young Jewish girl, got Holofernes drunk and managed to kill him. 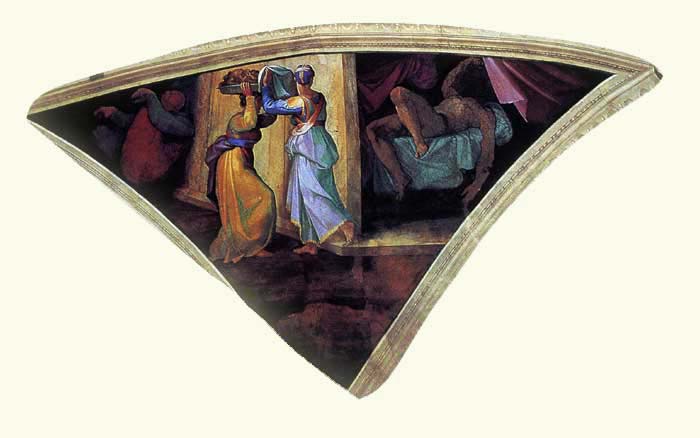