In this work, Raphael's composition shows Christ gesturing with his right hand at a flock of sheep as his left-hand points at the keys of the kingdom of heaven that he has passed to Peter. The message is both clear and dramatic, Christ has invested Peter with the leadership of the Church.

The scene is set against a landscape at the sea of Tiberias. Two texts from the Gospels interwoven into the narrative, (Matthew chapter 16, and John chapter 21). Both of these emphasize the power and authority of the Papacy, chosen as God's spiritual legacy on Earth. 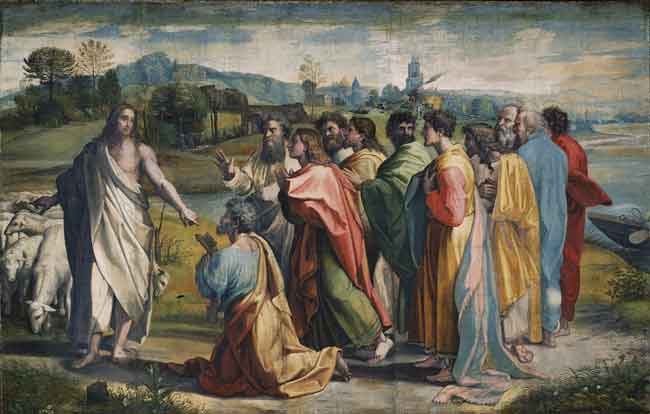 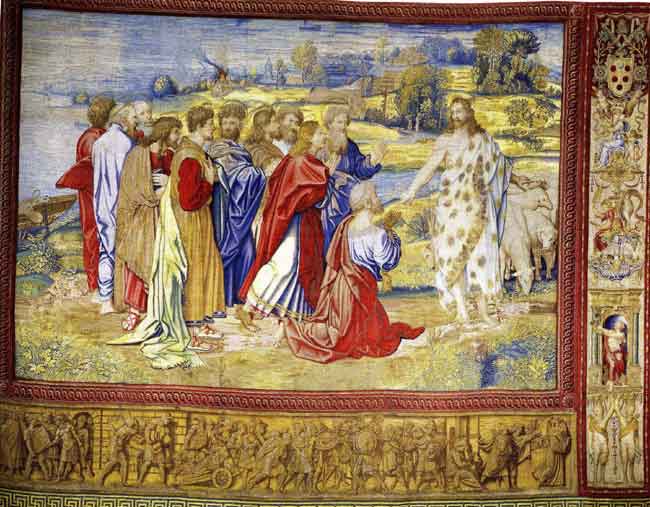