Leonardo’s painting of the Madonna and Child known as the Benois Madonna is one of the artist’s early works. At this stage in his development, Leonardo was still influenced by the teachings and examples of his master Verrocchio.

However, this particular painting does display a shift away from the rather stiff stylised offerings we have come to expect from the mix of collaborations emanating from Verrocchio’s workshop.

The painting takes it's name from Leon Benois the artist who owned the work until 1914. The picture has been copied by several artists and also served as an inspiration for Raphael who used the figure of the Virgin for one of his own paintings.

The movement and relationship between the figures of the Virgin and Child shown here reflect the freedoms that Leonardo was displaying in his sketches of the time, such as his Madonna and Child with Cat drawings. These could easily be early studies for this painting.

Leonardo has given his figures a solidity unified by a single light source that pulls the subjects away from the darkness of the background. The Madonna's right leg leads us into the painting.

With the Christ Child seated firmly on his mother’s knee, the work has a dynamism that Leonardo used in many of his later pictures. His, "The Virgin and Child with St Anne", painted some thirty years later, displays many of the same characteristics, the right leg is very similar to the one painted here. 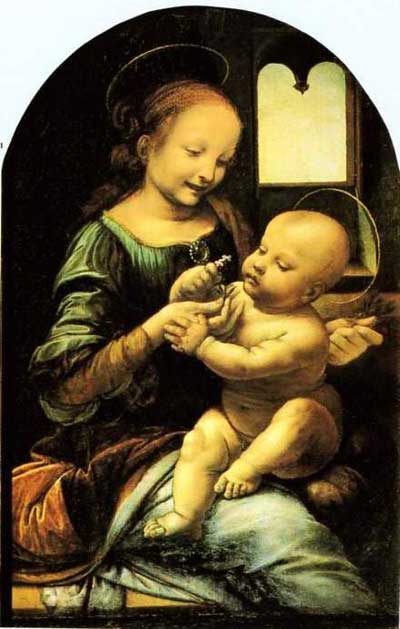 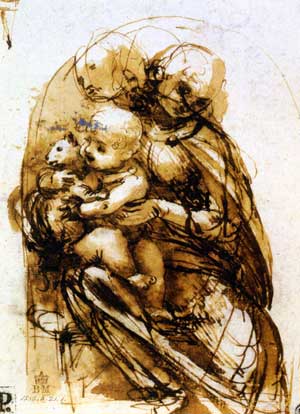 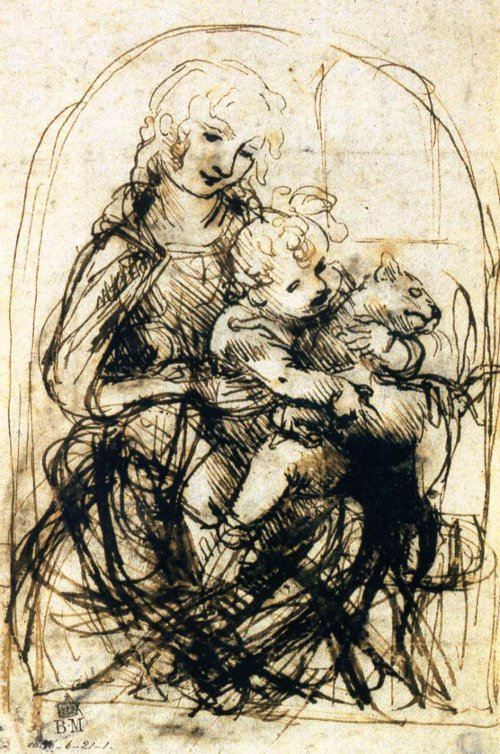 These two sketches of cats display the dynamism of Leonardo's rapid technique at a time when he produced these drawings. The painting above displays a similar sense of movement (without the cat). 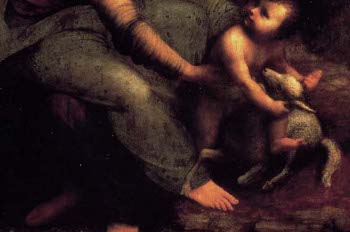 The similarity between the leg of St Anne and the painting above is made clear from this detail.