Reams and reams have been written about Da Vinci,
What is his legacy?
How great a genius was he?
Was he really ahead of his time?

Leonardo's greatness lies in the diversity of his knowledge. His depth of understanding across a broad range of disciplines sets him aside from his contemporaries. Even by today's standards, it would be difficult to find an individual who embraced Anatomy, Biology, Engineering, Architecture, and Science in addition to being one of the greatest painters of all time.

The tragedy is that much of his scientific work was not published in his lifetime, and was only re-discovered many years after his death at a time when science had already embraced many of his ideas.

There is little doubt that had his work been publicised in the Renaissance era it would have advanced the knowledge of the time. His left-handed mirror-writing also caused problems. It created a code that needed breaking before his unpunctuated manuscripts could be understood. Also, many of his scientific papers have been lost or damaged and are dispersed throughout the world.

Leonardo had to negotiate a dangerous balancing act between his own accumulated knowledge and the accepted, rigid Religious beliefs of the day. Getting on the wrong side of the debate or being accused of witchcraft and heresy could be extremely bad for your health.

In 1497, Savonarola the Dominican Friar and preacher, who refused to join Pope Alexander VI in his Holly League against the French, was excommunicated and eventually executed by hanging and burning for his failure to comply with the political will of the Church.

Galileo’s trial in 1633 by the Roman inquisition resulted in him being threatened with torture if he did not recant his belief that the Earth moved around the Sun. He spent the rest of his days under house arrest. Remember this was 114 years after Leonardo’s death!

It is possible that Leonardo used his coded mirror writing as a defence mechanism so that his work could not be used against him. What is more probable is that he was quite adept at riding the political storms of the day, working for whoever was best suited to patronise his ideas such as Ludovico il Moro Sforza in Milan, and then changing his allegiance to side with the invading French.

As an artist, it is universally agreed that Leonardo's marriage of art and science was significant for the advancement of painting techniques. He was famous for being a great painter long before his scientific work was acknowledged and appreciated. So the basis of his genius lies in his artistic achievements.

The contradiction is that he designed weapons of war and, at the same time, marvelled at the beauty of nature that these devices could ultimately destroy.

Some historical characters stride like giants through the pages of history, think of Newton, Einstein, and Aristotle, Leonardo is certainly cast in the same mould. If art is about an emotional response then Leonardo da Vinci delivers at the highest level.

So what is his Legacy?

He has undoubtedly bequeathed a majestic, if small, body of paintings, an extensive amount of sketches and drawings, and scientific ideas that were years ahead of his time.

But more than this Leonardo da Vinci ignites our imaginations, this extraordinary individual who lived 500 years ago makes us realise that if we ask difficult questions and are not afraid to seek out the answers then, in the future, all things are possible.

I have been privileged to see a number of Leonardo's paintings in the flesh; at the Louvre in Paris and also at the National Gallery in London. On 21st February 2009, I travelled to Manchester to view 10 of his drawings from the Royal Windsor collection. Needless to say, these small works oozed quality.

In January of 2012 I visited the excellent Leonardo da Vinci, Painter at the Courtof Milan at the National Gallery in London, the public response was immense.

In a society where fame is fleeting and celebrity is often acquired very cheaply, it is refreshing that an artist, who died 500 years ago, can cause a huge queue to form, waiting in line to view his work. 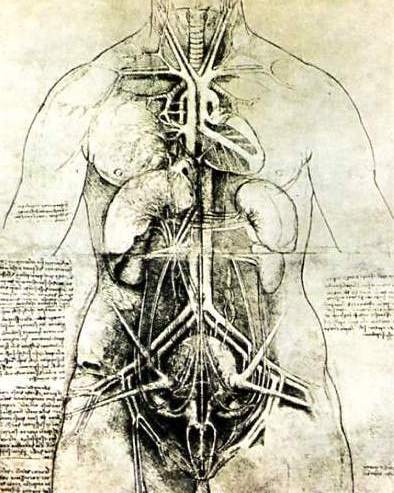 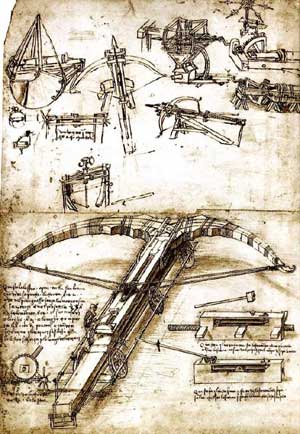